The Archangel Gabriel: The Messenger of God

Archangel Gabriel is widely recognized as the angel of hope and revelation, which is why they call him "Divine messenger." Its importance is such that it is one of the three archangels recognized by the Catholic Church, indeed, its adoration is shared by many religious cultures.

Stories about Gabriel are found in various ancient scriptures. Its main characteristic and that predominates in different religious cultures shows that it is a spirit full of virtue, that is why God entrusts it with the highest missions, which represents the deep grace with which it has been invested. He is known as "The Angel of Annunciation and Revelation." An ambassador of the word, the designs and the knowledge of God to be brought before men.

Its element is Water, with which it is related because it is a symbol of purity, transparency, cleanliness, healing and life.

What does the name of the Archangel Gabriel mean?

In ancient Hebrew, according to the Abrahamic religions Gabriel means: "Man, strength or the strength of God." In the Arabic language it is known as: Jibrīl or Jibrāʾīl. In Kabbalah, it is named as: sefirot de Yesod.

The festival or celebration in honor of the Archangel Gabriel has undergone several changes throughout history. Originally, his day was commemorated on March 18. The oldest reference in this regard dates from 1608. Later, in 1921, its celebration became part of the Roman calendar, being removed for March 24. Finally, in 1969, it is determined that his day would be celebrated on September 29 in the company of the festival of San Miguel Arcángel and San Rafael Arcángel.

On the other hand, the Eastern and Orthodox Churches that are governed by the Julian calendar, celebrate their day on November 8, which for the purposes of the Gregorian calendar is November 21. The Ethiopian Church also has its own date to celebrate the commemoration in his honor on December 28, when many pilgrims travel to the church in Kulubi, dedicated to the archangel.

Colors of the Archangel Gabriel

The representative color of the Archangel Gabriel is white and coppery gold. That is why the candles offered in his honor are of those colors. The white color is attributed to it because its meaning coincides with the values ​​that Gabriel represents: purity and innocence. Its white flame vibrates in tune with good communications, the protection of harmony, fostering hope, good news, and births.

The Archangel Gabriel and the Annunciation

Among the many outstanding works of the Archangel Gabriel, one of the best known is the announcement of the conception of the son of God to the Virgin Mary. The description of this event is found in the ancient scriptures of various religious cultures. For example, the Bible in the Gospel of Luke, chapter 1, refers:

«God sent the angel Gabriel to a city in Galilee called Nazareth, to a virgin promised to a man named Joseph, of the family of David; the virgin was called Maria. The angel entered where she was and said:

-Rejoice, full of grace, the Lord is with you.

Hearing it, she was taken aback and wondered what kind of greeting that was.

-Don't be afraid, Mary, you enjoy God's favor. Look, you will conceive and give birth to a son, whom you will call Jesus. It will be great, it will bear the title of Son of the Most High; the Lord God will give him the throne of David, his father, so that he may reign over the House of Jacob forever and his kingdom may have no end.

Iconography of the Archangel Gabriel

According to the Jewish religion, Gabriel is described as a man dressed in linen. His iconography usually describes him as a messenger whose image conveys great purity. His clothes are always white, holding one or more lilies in his hands. His normally androgynous physiognomy and very subtle. The use of white clothing represents transparency and cleanliness of the spirit, a virtue that must be encouraged to achieve effective spiritual communication with this archangel.

The lilies that he holds in his hands and that he gives to the Virgin Mary represent purity, virginity, innocence, and love, virtues that in turn describe him and Mary. Furthermore, it refers to the annunciation made by the archangel.

In many images of the archangel Gabriel we can observe him holding a trumpet or horn, according to the symbolism the use of such an instrument constitutes another annunciation, that of the return of the Lord to the world. However, the attribution of that work directly to Gabriel is a matter of discussion. The Bible for its part makes reference to a sound of trumpets before the resurrection of the dead, but does not detail which angel will be the trumpeter.

In Judaism, there is also the belief that the trumpet will sound, but apparently God will be in charge of making it sound, in other interpretations that work corresponds to the archangel Michael.

This relationship of Gabriel with the trumpet of the end of time dates from the year 1455, thanks to the works of Byzantine art. An Armenian manuscript also illustrates the archangel Gabriel blowing the trumpets at the time of the resurrection from the dead. In reality, the archangel's relationship with this work is interpretive due to its well-known function as a messenger, advertiser or communicator, which is why it is also described many times carrying a scroll or a feather in its hands.

Learn: Who are the Seven Archangels and their meaning?

Attributions or powers of the Archangel Gabriel

The use of incense is very important in the places where the archangels are to be invoked, therefore, this is a basic element for your attention. You can also offer lilies, lights or candles of your color, glasses or crystal glasses with crystal clear waters.

What is asked of the Archangel Gabriel?

This archangel is the patron of communications and of all those who exercise professions related to them. He is also a protector of postmen and postal workers. His high position as "Ambassador of God" is to end with professions held by ambassadors and diplomats. In addition, he is protective and inspiring of artists in general, so all people related to these activities always request his care in the development of their activities. In addition to this, it is asked in the following situations:

The archangel Gabriel in various religions

In the Catholic, Anglican and Orthodox Churches

Gabriel is considered an archangel and a saint, who has a hierarchy of leadership over the rest of the angels.

In the Islamic religion

The archangel Gabriel is in charge of the revelation of the sacred scriptures of the Koran to the prophet Muhammad, therefore, his role is leading, even above the archangel Michael.

In the literature of the Kabbalah

The archangel Gabriel has a particular mission in relation to the incarnation of souls. According to the scriptures, in the Garden of Eden is the tree of life from which new souls sprout. When they bloom, those souls fall into a place called Guf, (treasure of souls). Gabriel's job is to take souls out of that place to incarnate, while Lailah (the angel of conception) watches over the fetus until the moment of its birth.

Prayer of the Archangel Gabriel

There is a belief that says that the archangel Gabriel is not prayed directly to him, since it is only God's power to call him to fulfill the missions that have been destined for him. However, believers have various prayers in which their intersection on various issues is claimed. Here is a prayer for his invocation:

«May the blessing of God keep us at all hours and at all times, and allow this communication with his infinite goodness.

I implore the intervention of the Divine Archangel Saint Gabriel.

Symbol of the deepest faith.

Flame of hope, strength of God, and exalted messenger of good news.

You who for such great kindness were dressed with the honor of announcing the arrival of the Father's son.

I beg your deepest mercy so that you help me bring my prayers before God our Lord and thus obtain the prompt resolution of the evils that afflict me (make the request).

Thank you today and always for your infinite charity.

Rituals with the archangel Gabriel

The rituals with this archangel are conducive to invoking good thoughts as inspiration, to transmute negative energies and feelings, to encourage intellectual development and stimulate creative thoughts, full of beauty, peace, harmony, and purity.

How does the archangel Gabriel manifest himself?

When you are doing meditations with the archangel Gabriel, one of the signs that reveals his presence is the vision of white lights with golden sparkles in the place or on the glasses of water (if you are using it). In these visions you could also see: trumpets, feathers and books, which are symbols related to the angel. This vision can be perceived internally with the eyes closed, mentally, and in the cases of greater connection capacity it can be experienced from the physical vision, which is a sign of the rupture of the physical dimension and intensity of the spiritual experience. .

Another indication is the perception of the energetic sensation emanated by the presence of the angel, which is charged with tranquility, calm. This feeling can be compared to warm and comforting water that runs through our being, cleansing us deeply.

Also, in the presence of this Divine being during a meditation and invocation we feel how our ideas are clarifying and we find a way to accept, understand and resolve our conflicts. In other cases, soft trumpet sounds can be heard or visualized through dreams.

Learn more about the Archangels 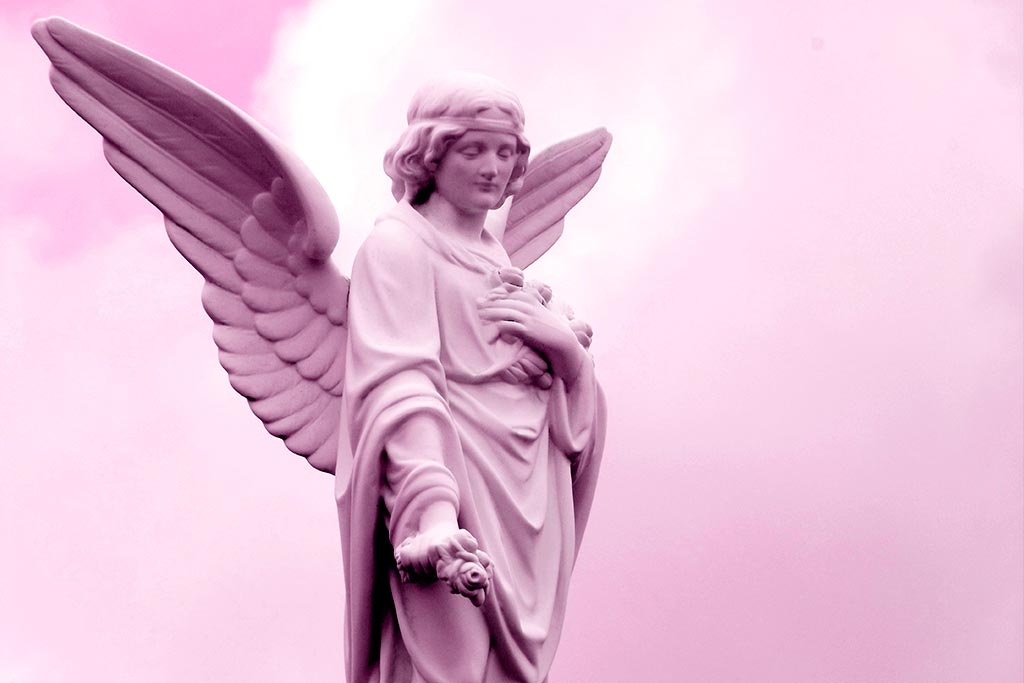 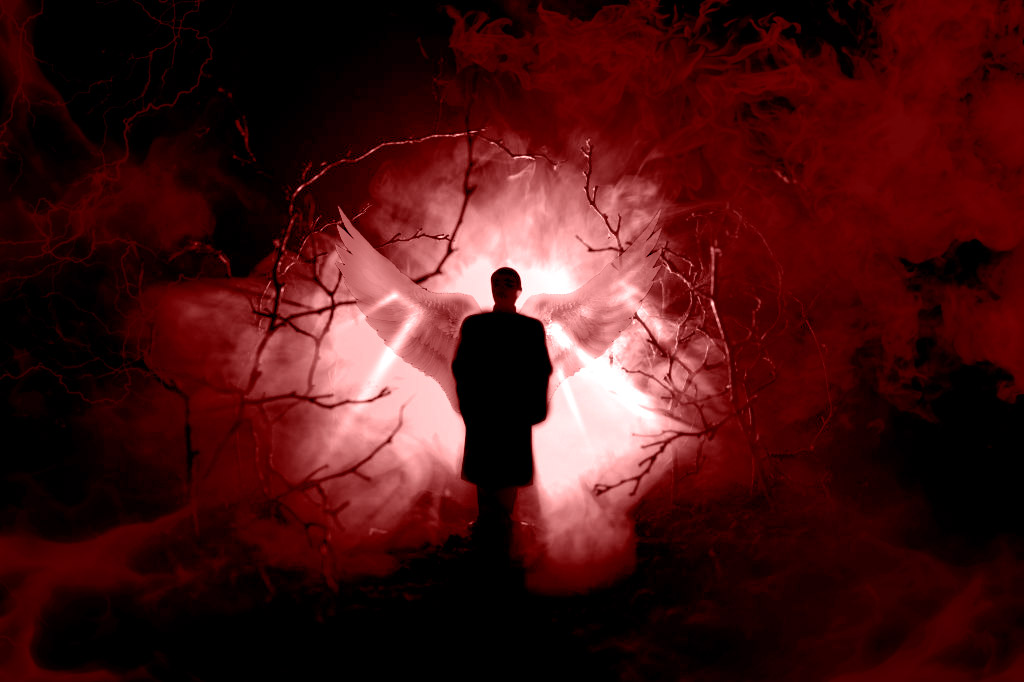 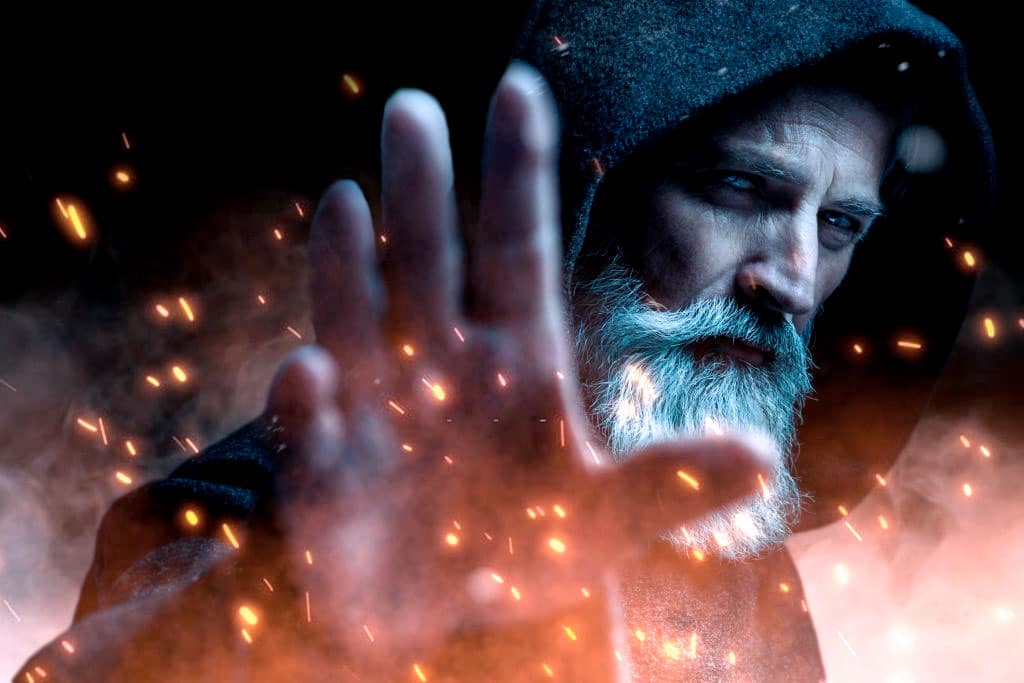 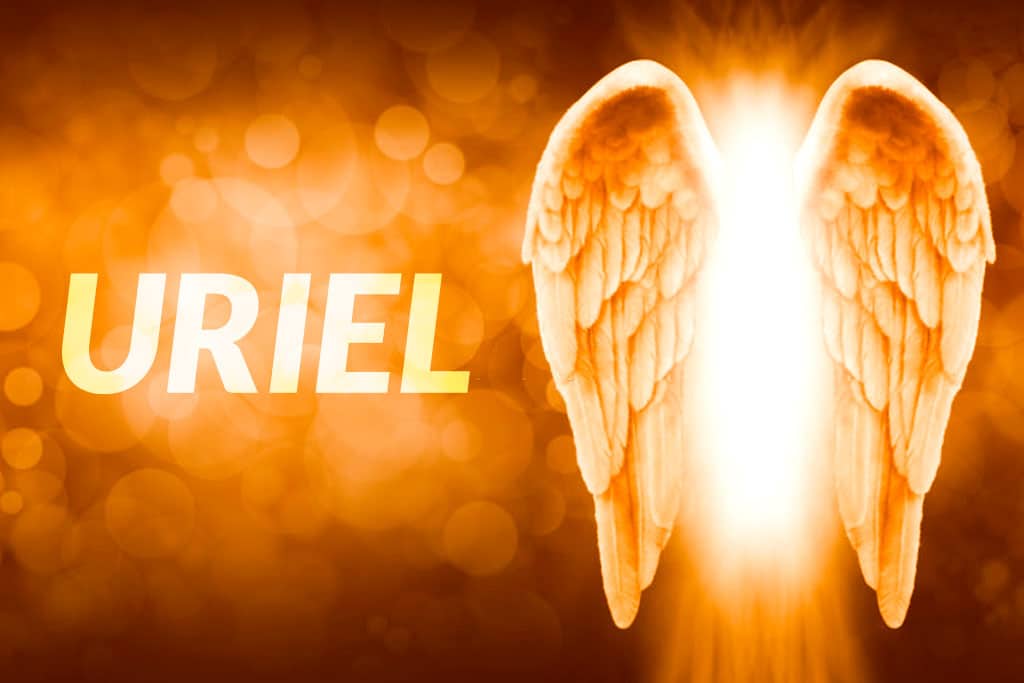 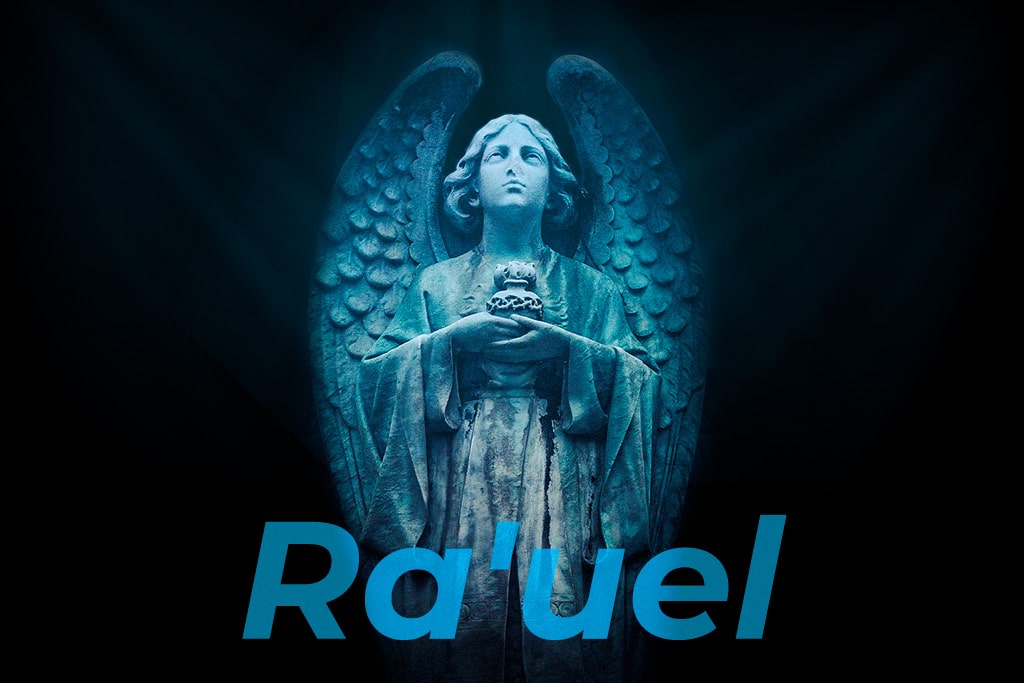 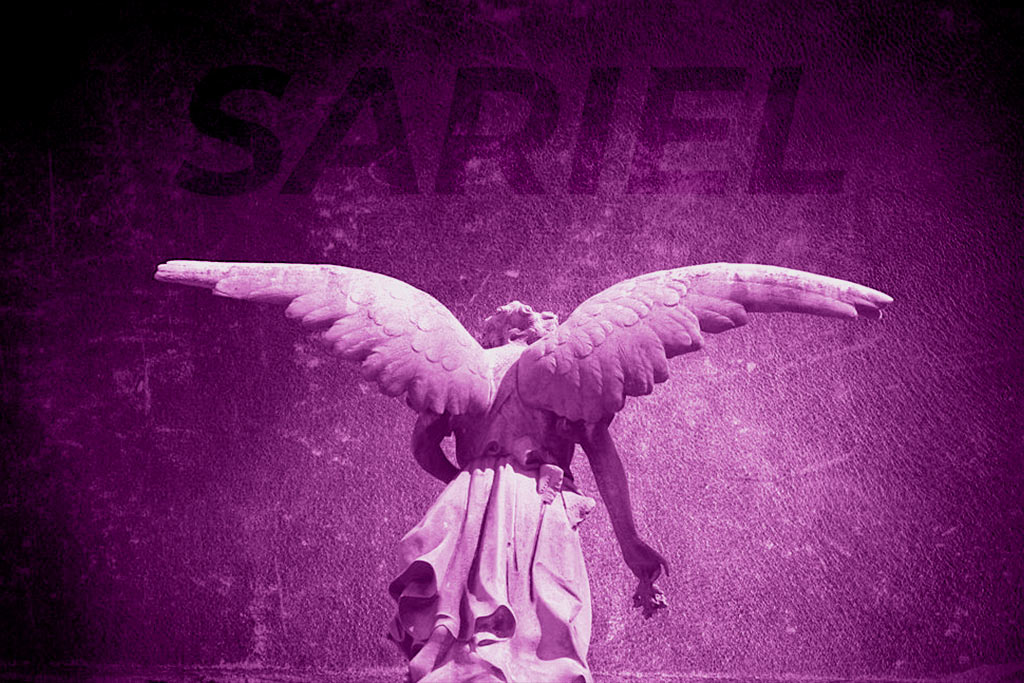 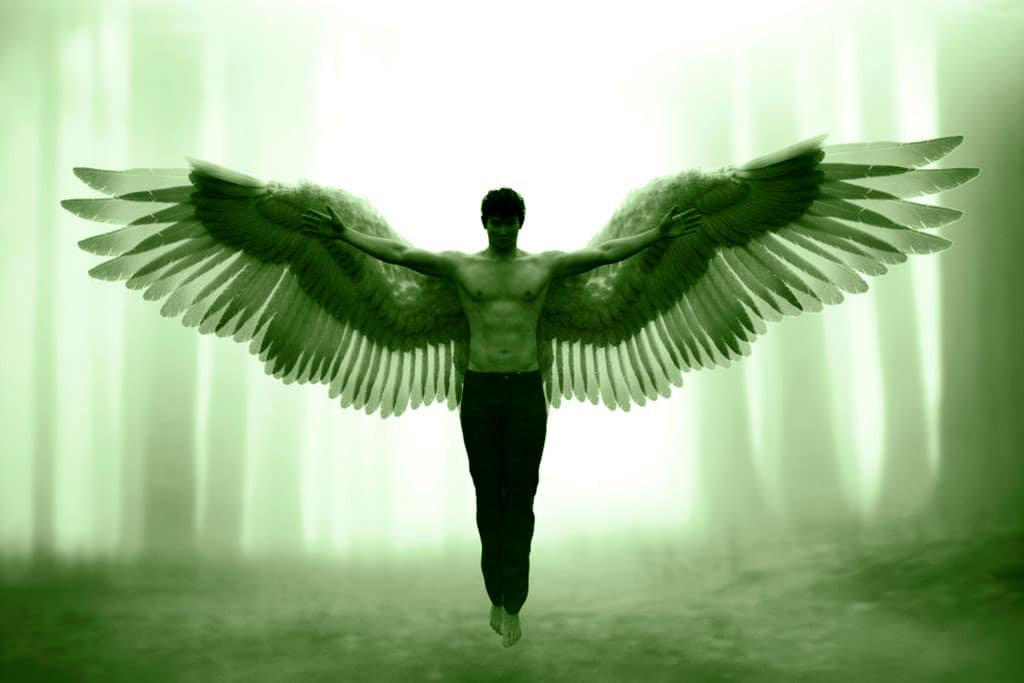 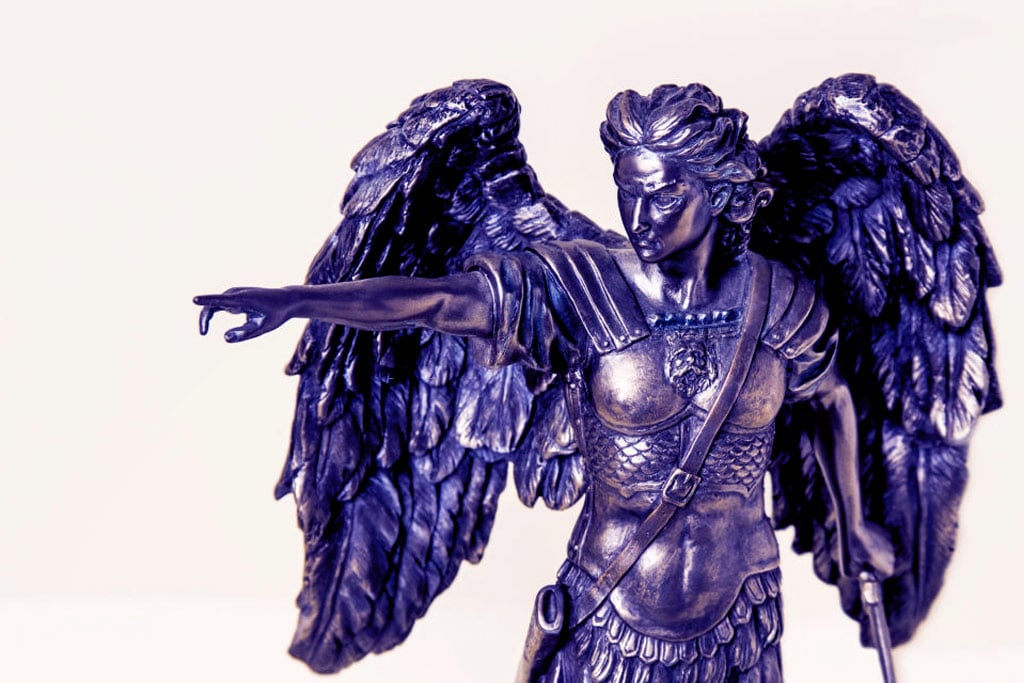 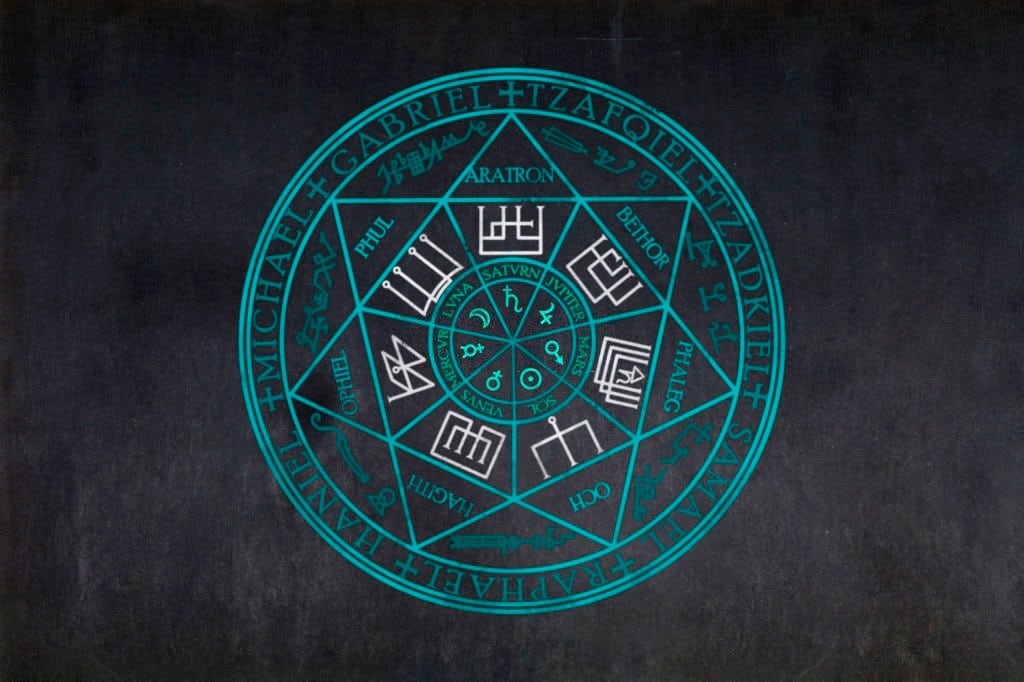