Nana Buruku is known as the mother of fresh waters. This Orisha is considered a very ancient spirituality and representative of motherhood, she is called "the grandmother of the Yorubá pantheon."

Who is Nana Buruku?

The Orisha Nana Burukú is a Deity belonging to the Yoruba pantheon whose cult comes from the Aará land. Its name is translated as: Naná = birth / Burukú = moon, interpreted as: the light that illuminates the earth at night, making it less cloudy and gloomy for living beings.

It is said that this Deity lives both in water and on land, although, par excellence, she is recognized as Goddess of waters, lagoons, rivers, dams, wells; and any other manifestation of fresh water on earth.

His cult does not enjoy much popularity in Cuba, since very few of his followers and initiates came to the island. Preserving its secrets towards the Matanzas area.

His rituals are very particular, because the animals that are offered to him in sacrifice are not immolated in the traditional way that they are offered to the rest of the Orishas, ​​this motivated to a taboo that he possesses, through which, he does not accept the presence of Oggun or any metal in his cult.

What is Naná Buruku?

It is one of the first spiritualities to travel the earth. Naná is as old as fresh water, which is basic for the existence of living beings. It is from this bond that maternal and protective qualities are attributed to him for the existence of life. In addition, its energy is considered to influence humans as a kind of guide, it is the light that accompanies its children and initiates to reach their destination on earth, and it uses the power of the moon to manifest that quality.

This Orisha symbolizes the balance between life and death, therefore, it is charged with a deep mysticism. Its ancient date and relationship with the waters has led to its worship being related to the Orisha Yemaya, who is attributed the power over the waters of the sea. In addition, he has a strong affinity with the Orisha Asojuano who also belongs to the Aará land, some say that she is his mother.

Naná burukú's number is 8 and its multiples.

Its receptacle is a clay jar that has four holes and is painted black. Among your tools It has three snakes: a silver one, a copper one and a nickel-plated one.

Nana Buruku's Day or its allegorical celebration inherited from syncretism is usually commemorated on July 26.

Eleke or Necklace by Nana Buruku

His throne is usually decorated with white and silver fabrics, some fabrics in light blue tones, with maribó curtains and handkerchiefs alluding to Obatala, Oshun, Yemaya and Shango.

How are sacrifices made to Naná Buruku?

The elders say that the first connoisseurs of their rituals in Cuba possessed secrets that allowed them to use combinations of specific herbs during their ceremonial, and when mixed with the auspicious songs, after 10 to 15 minutes the animals fell lifeless. Subsequently, the fur or plumage of the bodies was burned and the meat was cut with sticks of very sharp wild cane. Finally, all those meats seasoned with their ritual ingredients were sent in baskets to the river.

At present, the animals are immolated, ignoring the part of the ritual in which herbs were used, due to the loss of that knowledge over time. In many places they are sacrificed using a stick of wild cane or a piece of hard wood with a very sharp point; the fur is burned and the meats are minced using the same tools.

In other customs, it is said that to sacrifice their animals a container full of water is used in front of the Orisha to first drown them in front of her and then the customary way for that Orisha is followed, because she does not feed on blood. if not, of the spirit of the sacrificed animals.

Story: When nana Buruku did not want to recognize the power of oggun

It happened that Naná Buruku, being a very ancient divinity, saw everything that happened with the rest of the Deities. Among them was Ogun, who was a powerful warrior and always prevailed over everyone.

One day all the spiritualities decided to hold a meeting where they discussed their powers. They said that Obatala was very powerful for creating human beings; that Orumila was very wise to know the destiny; that Eshu was fundamental because he was the messenger; and when it was their turn to talk about Ogun they said that: "thanks to his tools they could live, therefore, he was the most important of all."

Nana Buruku disagreed with that conclusion. But, the other Orishas insisted that without the help of Oggun and his metals they could not have the instruments to get their food. However, Nana refused to pay homage to Oggun as the most powerful Orisha.

Ogun questioned Naná for not rendering him moforibale like everyone else did. Even so, she did not give in to acknowledge his superiority and their discussion dragged on for a long time. Ogun already annoyed sentenced that he would show him that he was indispensable for all things. But, Nana refused once more and to prove it, she declared that from that moment on she would not use absolutely anything manufactured by Ogun and that she could do everything that others did in the same way.

So it was. From then on the sons of Naná who were also hunters to kill an animal began to use very sharp sticks and stakes turned into their knives without using iron, copper or any other metal.

Adimu or Offerings to Naná buruku. How is it taken care of?

Their dishes should only be prepared in clay pots in ovens or stoves that do not involve any metal. They are placed as adimu: Tobacco leaves, red onions, roast pork that has not been minced with metal tools, roasted sweets, lard, freshwater fish roasted on taro leaves; fruits, flowers and white candles.

The animals that are sacrificed to him are: chicken, hen, pigeon, guineas, ram, and pig.

It is syncretized with Santa Ana, who in the Catholic tradition is believed to have been the mother of the Virgin Mary, therefore, she is the grandmother of Jesus of Nazareth. In addition, Santa Ana is the patron saint of pregnant women. Her marked symbolism related to motherhood and the fact of being considered "the grandmother" of the Messiah, are the most evident features that made the Yorubas on Cuban soil syncretize the Orisha Nana Buruku with that spirituality of the Catholic heavenly court.

You can read: All about the Orisha Babalu Aye

What is asked of naná burukú?

When representing a very old spirituality with marked maternal traits, it is usually asked in the following cases:

Prayer or oriki of Nana burukú

Even when it is a lake, the Spirit that fights disease helps me to heal with it.

Even when it's a torrent, Nana Baruku helps me heal with her.

I do not know how the mother was submerged in the turns of the stream, from there is the water that contains the powerful medicine.

You are the one who gives the medicine for free, the owner of the medicine that heals the mother and the child.

Nana Baruku, bless my son's medicine, make him healthy, make him strong. You are the one who distributes the free medicine.

Bless my son's medicine. Make it strong, make it healthy. This medicine is to treat enlarged spleens.

Allow my child to be free of enlarged spleens. This medicine is to cure umbilical cord disease.

I sing to Nana Buruku

Akuon: I either tell him or I tell him now.

Work with Naná burukú for the enemies:

It is made into powder with charcoal, corn flour, yucca and yams. He stands at the foot of Naná Buruku with two candles. It is given knowledge for what that afoshe (dust) is wanted and then it is blown where the enemy walks.

Work with Nana for health:

An omiero is prepared with: apasote, smelly grass, scorpionfish, and sarsaparilla. He begins to watch over Naná Buruku's foot, realizing that this is being done to ask for the person's health. Then he bathes by rubbing the skin with the herbs. 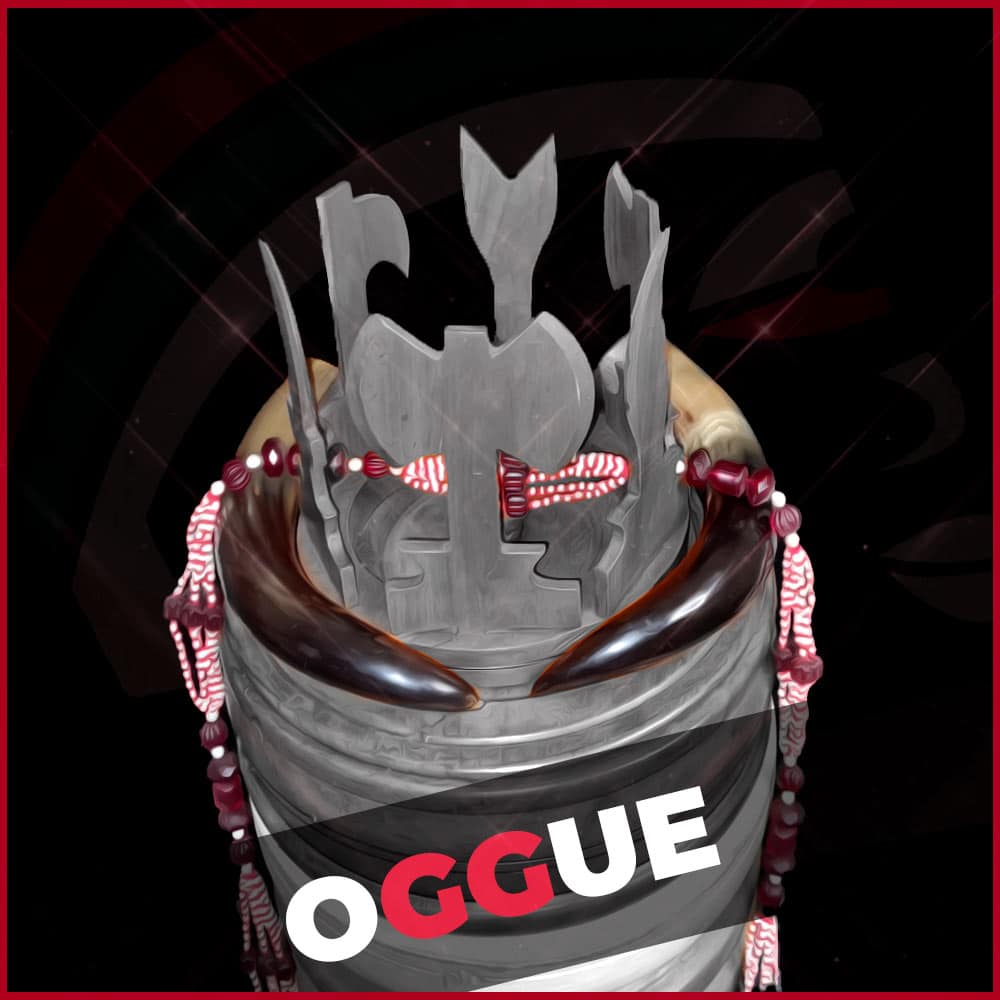 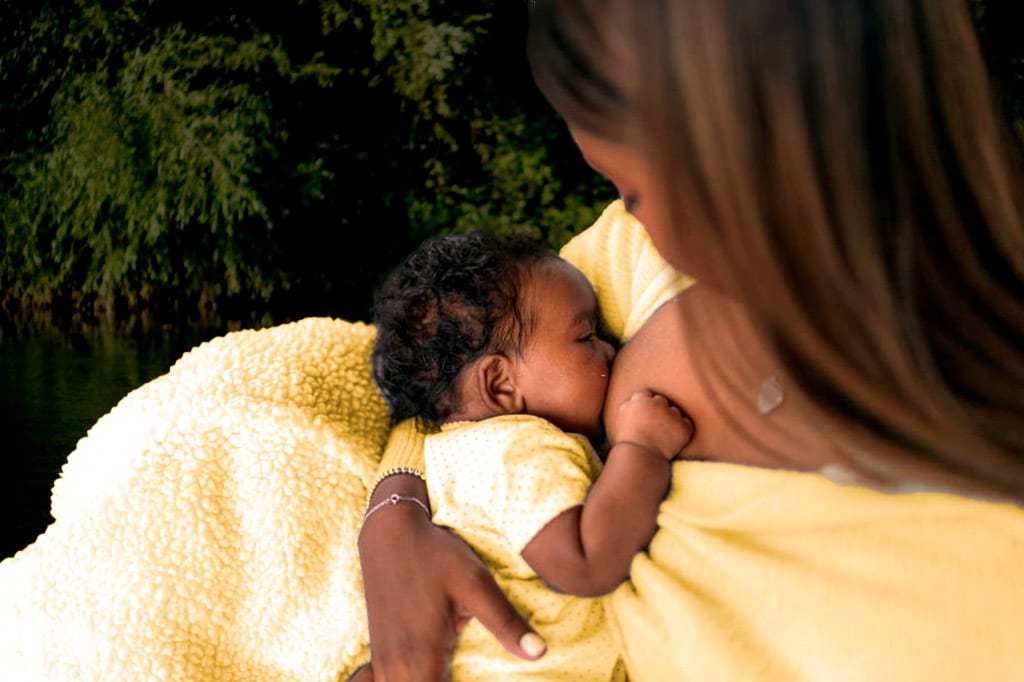