Elekes: The Necklaces of Santeria

Santeria necklaces are a system of stringing glass beads with different shapes and colors that are associated with the different Orishas of the Yoruba Religion. They are also known as Elekes and are placed on believers as symbols of respect, devotion and faith to worship.

They fulfill different functions, although the main one is to protect those who use them from the different negative energies (Osobo) and provide them with luck and well-being (Ire).

What meaning do necklaces have in Santeria?

All the deities in the Santeria cult have a necklace that represents them, these are made up of beads (matipo) of the colors that identify each Orisha. Regardless of the guardian Angel of the person, the elekes of the 5 fundamental Orishas (Elegua, Obatala, Yemaya, Shango and Oshun) will be placed.

The necklaces have great significance within the Yoruba Religion, as they symbolize the beginning of life within the Osha-Ifa rule. These elekes (Necklaces) are used in order to obtain protection, stability, firmness and evolution in life. They symbolize the attachment and bond between the Orishas and the people, which arises from the moment that the ceremony of imposition of necklaces is carried out, it is performed by a priest or priestess, he is granted the title of godmother or godfather. of who is starting.

Types of necklaces in Santeria:

The Afro-descendant religions that use necklaces as attributes and symbols of devotion to the different deities are different. The rule of the palo mayombe, the Arara and the rule of Osha and Ifa (Santeria) are the ones that place the most emphasis on the use of them.

Specifically in the rule of Osha and Ifa there are different types of saint necklace that are the following:

They are placed around the neck, their beads do not exceed 1 Millimeter in diameter, which can be shiny, translucent or opaque, sometimes they can use larger beads that serve as guides. The size of this necklace varies, it depends on the height of the person who is going to use it since it must end at the navel.

The double necklace is made of two strips of beads that extend in parallel, its most frequent use is given by santeros when making it with the colors of the saint for whom the Kari Osha ceremony was performed, that is, his tutelary Orisha.

The mallet or presentation necklace as it is also known, is the one that is used when the person is going to seat Osha, or when a special ceremony is going to be officiated. The Mazo necklace is longer than the necklaces that are usually used in Santeria, it is used crossed between the right shoulder and the left hip or vice versa. It is made with 6 or more threads, colored beads and large glories.

The beads are placed according to the Orisha or Saint or depending on the guardian angel of the person, for their elaboration we must always take into account the multiples and sequences of each color, the glories will be used as separators of each section that is elaborated, These can be made of acrylic or wood according to the corresponding ocha. This mallet or necklace is not used daily, it is customary to place it on top of tureens.

The ceremony of delivery or imposition of necklaces is called "Half saint" or "half Seat", in it only the necklaces are delivered and in some cases the Otan de Elegua.

This ceremony must be carried out in an atmosphere of tranquility and good energy, usually they are carried out in the house of the godfather or godmother with the help of the Oyugbona, who works as an assistant throughout the process of delivering necklaces.

In this beautiful ceremony, 5 necklaces are received that represent the five main deities of the Osha ruler (Eleggua, Oshun, Yemaya, Shango and Obatala). The sequence for the imposition of the same is not specific since this will depend on the protocol or custom that they have in the house of saint.

The necklaces are received after the previous and secret ceremonies for their consecration have been carried out. After this, the godfather or godmother must explain to the aleyo the rules that he must respect, in addition to the commitment of union that must exist between the two and the religion. Generally, the people who receive the necklaces do so for a specific reason, it may be for protection, health, improving their working conditions and way of life.

The necklaces in Santeria can be received by anyone who wishes to start, although it is recommended that the imposition of them be the next step after Orula's hand. It is very common that the need to receive these fundamentals comes from some consultation or divination through some of the Oracles of Osha or Ifa.

Once the ceremony of receiving the Osha necklaces has been passed, the aleyo (Initiate) begins a new stage in his life, and he will want to perceive the benefits he seeks to attract after this small but important consecration. Some of the benefits that this ceremony brings are:

Who delivers the elekes?

The necklaces or elekes are delivered in a ceremony performed by the santeros. This ceremony is performed only once in your life, therefore you must be very careful when choosing who will be your guides within the religion. the person receives elekes or necklaces these will bring to his life a great protection against everything bad and a spiritual connection with the orishas.

The saint necklaces that are used today are far from the first attributes that were used by the Yorubas, since in Africa the use of seeds, ceramics, glass, metals, feathers, tusks, precious stones, wood, snails and other natural objects for the manufacture of art articles, which were used in a cosmetic way or could be implemented in different religious cults.

The colored beads that are currently used reach America from Spain around the XXII century, they were blown glass, mostly rounded and brightly colored where blues and pinks predominated. At that time the trade of this type of merchandise was common, it is not known exactly why, but little by little the believers of the different Afro-descendant religions were substituting the materials for making the necklaces for the different beads (matipo) and adapting the range of colors to what we know today.

The colors of the necklaces that are received represent each Orisha, being these of a specific color that allows us to identify them. The colors and orishas are as follows:

The colors of the necklace choose It is red and black, it means life and death, the beginning and the end. This Orisha is the owner of the roads, opens and closes the doors of people's destiny. You have the privilege of being the first in everything, which is why your eleke is the first one received. It helps us in the development and evolution of our day to day. Her necklace is made in multiples of 3.

The different variants that the Elegua necklace can wear are:

Necklace Obatala It is white, it is made in multiples of 8. This orisha is the one that governs heads, dreams, thoughts and harmony. represents stability, everything pure and white, allows us to enjoy good health and tranquility. He is the father of all orishas.

The saint necklaces of the Orisha Obatala can be:

Yemaya It is represented by the colors blue in all its shades and transparent, the necklace is made in multiples of 7. This orisha is the owner of the seas, the mother of the world, represents motherhood and fertility.

Its most common necklaces are:

Necklace Oshun It is yellow and carmelite is made in the following way five yellow beads and five carmelites successively until it is finished, this orisha symbolizes wealth, femininity and love. She owns the rivers and springs.

Its necklace is made by alternating red and white beads in multiples of 6. It represents the Orisha king of fire and the bata drums. It symbolizes male strength and virility, Shango it always helps us defeat our enemies and establish our leadership in everything.

Rules that we must follow for the use of necklaces

How are Santeria necklaces used?

The elekes or necklaces must be used under a pattern of respect towards the Orishas and Oshas, ​​always maintaining special care towards them.

Learn all about the consecration of Kari Osha

Necklace of the Seven Powers

The seven African powers are one of the most representative and important deities of the Yoruba pantheon, they are invoked in case of extreme urgency or danger, also to ask them to help us have enough strength to face any difficult situation we are going through. These deities are: Obatala, Shango, Elegua, Oshun, Oggún, Orunmila and Yemaya.

The necklace of the seven African powers is used mainly as protection, to overcome difficulties and obstacles that stand in the way of the recipient. Also to obtain stability in all aspects of life. This necklace is an amulet used in order to obtain union, well-being, strength, protection, luck, prosperity and harmony. It symbolizes that wherever the wearer goes, all the deities of the Yoruba Pantheon are present.

This eleke or necklace is made with beads of the colors that represent the 7 Orishas that make up or integrate the Seven African powers.

Learn about other ceremonies of the Yoruba Religion: 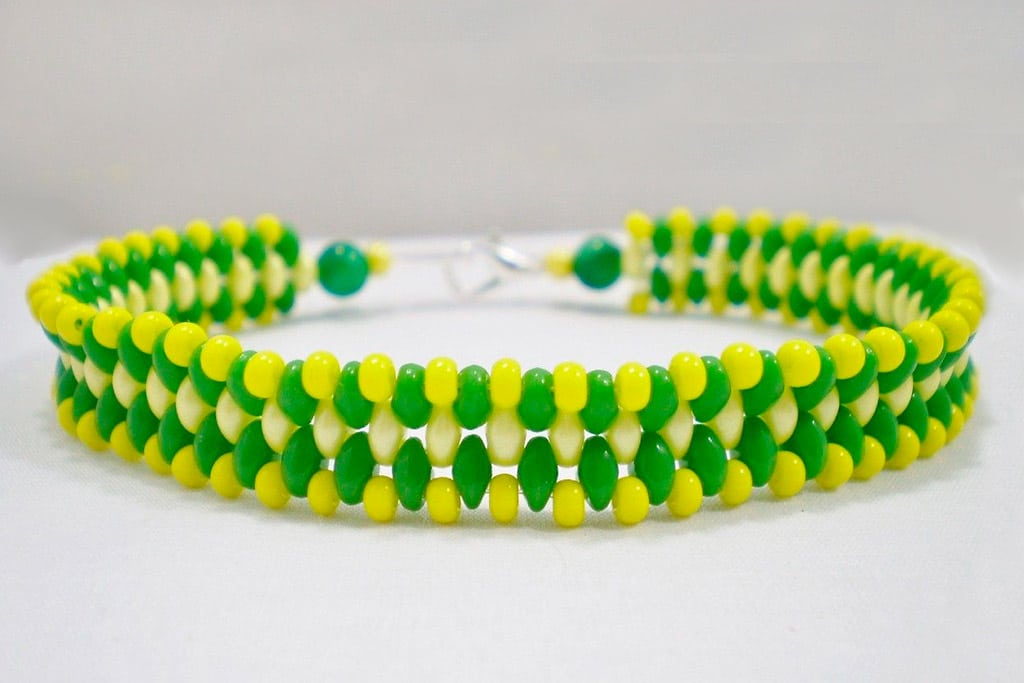