It was the Odu Ogbe Di who revealed to us that Obatala was the last of the Orishas created by Oludumare.

Almighty God, he realized that Eshu Elegua had entered the minds of the first 200 deities that he had created, causing them to do his will, forgetting Olodumare's designs.

It was at that moment that I created Orishanla better known as ObatalaIn order to act on their behalf before the other deities, he had to follow Olodumare's instructions and make his word be honored.

Obatala had to be an Orisha full of kindness and calm, but above all things to act before everyone as if he were the own incarnation of God and avoid being influenced by Eshu.

At the moment of creation, Eshu told Olodumare that he was going to corrupt the deities, that, although he did not have the power to create, he did have the power to dominate and manipulate any mind and thus they would not carry out the tasks. entrusted at the time they were created.

Eshu kept his word and managed to make all the deities corrupt and they began to fight each other, damaging the plans that God had.

It was at that time that Olodumare created Obatala, being the only Orisha who could withstand the incitement and machinations of Eshu.

Obatala supports the machinations and traps of Eshu Elegua

At the moment that Obatala began with his mission, he could notice that all things were blocked, nothing was going the way he wanted so he decided to go for Ifa divination, leaving the Odu Ogbe di como toyale.

They recommended to him to make sacrifice, Baba did it and thus he was able to avoid and neutralize the negative plans that Eshu had, of this the Sign of Ifa Ogbe Di says:

You can read: Learn the meaning of the sign of Ifa Ogbe Di

The turkey is the only creature that develops beards since childhood. That was the Awó that he guessed for the son of GOD ORISHA-NLA before he gained supremacy over all the other 200 divinities.

In divination, they advised him to make a sacrifice with Chivo, 201 coconuts, a father ram and an Asho Fun Fun. Olodumare called all the Orishas deities to recriminate him for the bad actions and that they were not fulfilling their mission. He told them that

Having fallen victim to the machinations of ESHU, they had led to the triumph of evil over good.

Olodumare said: I am the incarnation of good, truth, justice and light, by doing evil you have let me down, you have allowed yourself to be manipulated by eshu following your will, these acts have made the Ashe that I gave you was weakening losing part of the powers that I gave them.

At that moment Oggun (Orisha of Metals) He said: God, why did you allow Eshu to do all this, why did you give him the Ashe? Why did you not erase the forces of evil from the face of the Earth? Since you are the omnipotent and omniscient being.

After a pause, Olodumare said that he was not an architect of evil as they thought.

Then he asked them, if as his servants, they could lock their children in a room and put a wolf inside. All of them answered negatively.

He later revealed that he did not create Eshu Eleggua, all the Orishas were shocked. It was his turn to Obalufon, who then asked who the creator of Eshu was.

Orunmila added that he had always believed that Olodumare had been the creator of Eshu, which was a way to test the Orishas.

God asked them if they had not observed that Eshu was never present at the meetings of the divinities. They all remembered that Eshu had never been invited.

Olodumare added that, just as the turkey developed beards since childhood. Eshu existed independently and with his own power. Both he and Eshu lived the Aima (Orima in Beni) before he began his works of creation.

He also revealed to them that the first primeval was a wide sphere of total darkness, in which he occupied a microscopic enclave that contained the only nucleus of light and life, and which, in the fullness of time, was transformed into existence. of the divinosphere, Heaven and Earth. GOD ended the account by revealing that when he created the deity of light to eliminate darkness, Eshu was first provoked to take the oath he made to break his creative efforts. He recalled that Esu boasted that all vegetation that he created under the scepter of light would be his own field of work and that every being he created would be his servant.

Olodumare accepted the challenge, creating Obatala as his representative, with his own features, being endowed with firmness and determination. All the Orishas agreed, recognizing Orishanla as the president of the Divine Council, provided that GOD was not in a position to attend.

In this way it is that Obatala was proclaimed as the son of GOD.

If you like history or patakies you can also read: 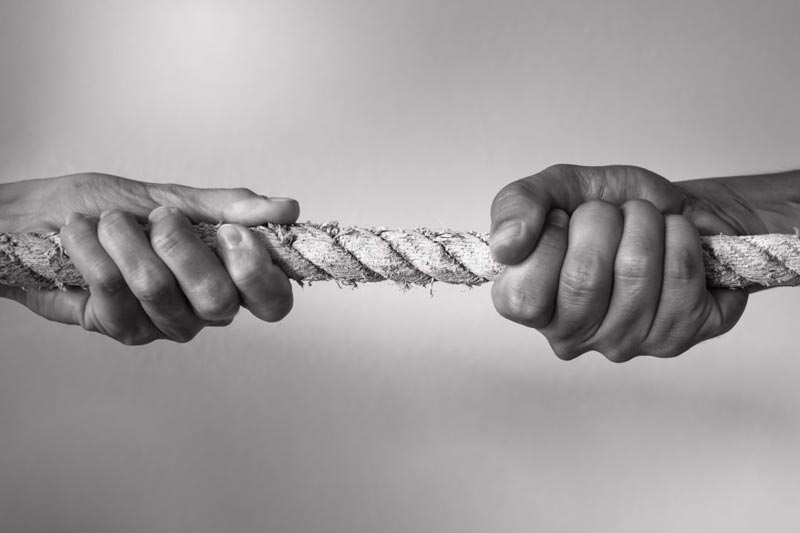