Iroso Yekun is also called the photographer's Ifa, is the Odu 78 in the lordship of Ifa and says that the person of this sign, should not be in a hurry to get their fortunes, prosperity will come to him. He must be patient and much more, if he is Babaláwo.

In the Awó's house there should be no scandals.

When this Odu appears in the Igbodun or in divination, the person will be advised to serve Eshu always, because Eshu will help him / her to defeat his enemies.

When Iroso Yeku appears in divination, the person will be advised to make this special sacrifice to avoid replacing one luck with the other. If it goes out for a woman, she will be told to make a sacrifice to avoid the danger of not lasting many with her husband. The same is true for a man.

She or he must make a sacrifice to ward off danger. If it is Uree (I will) make sacrifice with a dove, bread and ekó.

Praying is done with what Ifá marks and also takes 5 gourds of dirty omiero to wash the house for 5 days in a row, so that Ikú can leave.

Work (Ebbo) for the sick Awó:

If Orúnmila takes 2 black hens, he makes a feather duster with the tail feathers, with which the Awó will be cleaned and then Ilé Ikú is taken and thrown into a grave.

You can read: All about the Odu of Ifa Oyekun Biroso

The Odu Iroso Yekun speaks of envy and seduction and requires the person to make sacrifices, to avoid bad consequences. The person a job change will bring an improvement in his life.

This Odu speaks the box and the candle. Announces the death of an Awó. This is the so-called Odu; Ifá of the photographer. The person was photographed with someone who has already passed away; he is ordered to separate his image from that photo, because even if this Ifá comes I will, that Egun persecutes him; If Osobo comes, that Egun wants to take him to Heaven.

The Ebó Yipada or change of head was born. Here Iku only ate human beings and for the first time he ate animals. Here Ikú ate Orúnmila's children and by virtue of a pact that Orúnmila made with Ikú, he does not kill Orúnmila's children until the day Orúnmila delivers it to him.

For this Ifá you have to avoid strong impressions, because you can die suddenly.

When this Odu Iroso Matelekun comes out, you have to feed the guardian angel of the person concerned, whatever you want to eat and Egun is sacrificed a ram or ram.

For this Ifá you have to receive Oduduwa.

This Odu predicts; that you have to clean the corners of the house and cover the empty bottles and all the holes that exist in the patio and in the walls of the house.

For this Odu, if the person does not do Ebó, he should not be the one who opens the door to the street, when they knock on it. Let someone else open it. Nor should you wear anything red; no clothes or decorations in the house.

Iroso Yekun forbids me to go out at night. Nor is he involved in gossiping with his blood or religious elders.

Here you can lose ownership of the house. Luck is lost due to the frequent discord in the family, because everyone is upset.

On this road there was an Awó who was a tailor and lived very well, to the extent that all the people were envious of him, because he dressed very well. Iroso Yeku, who was the tailor, wore a black cape. One day when he examined himself, his Ifa came out and he became Ebo, (the one indicated above). In addition, Ifá told him that he had to take care of the visitors.

One night Ikú (Death) came to look for him and knocked on the door of the house, Iroso Yekun did not open the door and sent his wife, the woman when she opened the door and saw Death, told him that her husband was sleeping .

Death left and the next day he asked about the Awó again. The woman told Death again that she was sleeping, but Iroso Yeku, forgetting the indication of Ifá, asked who it was, the woman told him to shut up, he ignored and went out to receive the visitor and when he left , Death took his life for disobedience. He took off her cloak and left.

Death with the cape appeared in the square, where he met Obatala and sat there. When the merchants began to arrive, Ogún and they saw Death, they came out screaming and ran to Orúnmila's house, when he heard the people asked what was happening, when the merchants explained what happened, Orúnmila took a black hen, cleaned himself with her and left for the plaza. When he arrived and saw Death, he told him: "You cannot be among the living, you have to go to your destiny."

Orúnmila took the black hen and gave it to Death and that is how it left for its destination.

He divined for the divine priestess named Oyé.

He guessed for Oyé when she was eager to have a child. The woman made the recommended sacrifice for her with a guinea fowl for her head and a goat for Eshu. She became pregnant and later gave birth to a beautiful boy who was named Ifamudewa.

Although one of the two women was very arrogant since she was a witch. After the delivery, the witch woman did not pay homage to Orúnmila. She only paid a few visits to Oyé, who nevertheless told her not to be so ungrateful to her benefactor, Iroso Yeku.

Shortly after that, her son fell ill. When she went to Oyé, she told him to go to Orúnmila with a guinea fowl, four slugs, rat, fish and kolá nuts, and that any medicine he gave the boy would cure him. Finally, she went to see Orúnmila, with the materials and he made the sacrifice to her. In divination, he told her that she was the only one to blame for the boy's illness. He accused her of having no compassion, for trying to kill her son that she had wanted so much, the woman accepted the accusation and promised to free the child. After that he was fine. Then Orúnmila sang a song:

Traducción:
Oyé I thank you, thank you Oyé
I heard how benevolent you are, for helping save the life of your own son.

It is a Ramón wooden doll, you have to take it to visit 7 cemeteries and each one is given a jio-jio, and the head and heart are kept.

When the load is going to be made, the head of jutía, of majá, heart of jio-jio, river sand, sea sand, ero, obi, kolá, osun naború, obi motiwao, white mallow root, of which grow in the graves, herbs: get up, little doll, monkey vine (mowo), 7 peonies, 7 Chinese peppers, 7 strong sticks (they wonder), quicksilver, plus Egun's head, an Inkin
of Orúnmila and the ass of three snails and other essential ingredients of the Eshus. 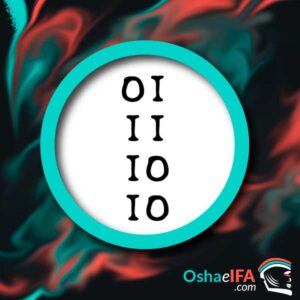 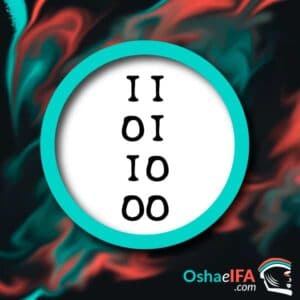