We bring you all the information about OTRUPON such as that of its 16 Omoluos combinations, this treatise covers from Baba OTRUPON MEYI to OTRUPON BALOFUN.

Sayings, Patakies, Ebo, what is born, recommendations and variants of each Odu or Sign of Ifa. Oshaeifa.com brings you the treatise you are looking for to expand your knowledge of literature and the Ifa Corpus. 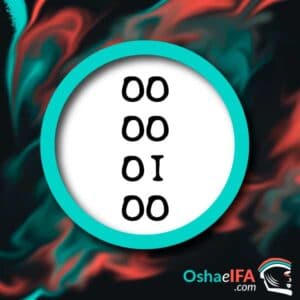 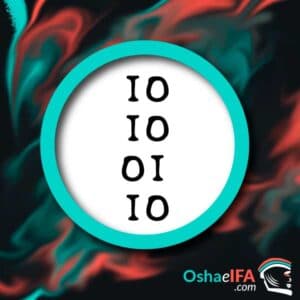 Ifá is launched for OTRUPON, the faculty of intelligence.

The three Awoses we refer to on this path were the ones who guessed for OTRUPON MEYI before he came to Earth. He was advised to make sacrifice with a duck to his Ifá, a turtle to his head and a male goat to ESHU. He had to make the sacrifice because he was going to be the beneficiary of the intellect of the deities when he came into the world. This is how he earned the name OLOGBON MEJI, after making the sacrifice.

Upon entering the world, he was in the service of virtually all the major deities. He served each of them in turn and was able to learn their ways and their secrets. When he was released, they put him through various tests, which he passed, because he had learned a lot from them.

That is the reason why anyone who is born by ETURUKPON MEJI in UGBODU must procure all deities; Besides Ifá, you should know about SHANGO, OGGUN, OLOKUN, EZIZA, SANKPANA, etc. He became so skilled that others began to learn from him. He had abundant children, houses and clients.

How OLOGBON (Intelligence) came into the world.

ETURUKPON (OTRUPON) MEJI, otherwise known as OLOGBON MEJI, reveals how the faculty of intelligence came into the world. This revelation is contained in the names of the awoses or the Ifá priests who were his heavenly diviners. Their names are revealed in the
next poem:

When OLOGBON came to the world (The Intelligence) he was told:

No one can be skilled enough
How to collect water with your clothes
No one can be that smart
As to cut the sands of the earth
No wise man can know so many proverbs
As if to reveal their own secrets by means of parables.
It was also OLOGBON MEJI who revealed how ORUNMILA and the other deities returned to the
world. Before going into the details of these disclosures, it is important to refer to some of the
known works that he did in Heaven.