Yemaya: Who is this Orisha of Santeria, Her song, Prayer, offerings and more

Yemaya is the representation of the universal mother and mother of all the Orishas. She considers herself Oshun's sister and Shango's sentimental mother. She was the first woman from Orumila to whom I stole the secret of working with the opele, being sanctioned to stay guessing with the snail for that action. In her different avatars, she is also the wife of Orishaoko, Babalú Ayé, Agayú and Oggún.

WHAT IS OR WHO IS YEMAYA?

Yemaya is identified as a major Orisha. Mother of life. Owner of the waters, the sea being its greatest expression, since it lives and dominates the seas and the vast lakes. Her name is a reference to "Yeye Omo Eja" which means: mother of fish.

All forms of life have their origin in the sea, as well as their presence is reflected in the amniotic fluid where the life of mammals begins. Together Olokun, it is the root of all possibilities and all divine manifestations. She is the source of all wealth in company with her sister Oshùn.

It symbolizes perfection, industriousness, subordinate occupations, the sea, its mysteries, the depths of the ocean, service, health, efficiency, domestic animals.

He has a deep and moody temperament which makes it very difficult to guess his intentions and desires. However, she is a virtuous and wise mother. Sometimes she is very cheerful and scandalous. He likes to hunt, swim, handle metal weapons such as daggers and the machete. She is indomitable and cunning. She wears seven blue and white skirts, she wears silver and coral jewelery.

Among her tools, Yemaya carries 7 silver handles, a half moon, an anchor, a key, a sun, a pair of oars and a silver rudder. He likes snails, seashells and the agbebefans) made of guano leaves adorned with mother of pearl, gold, beads and snails. Wear a beautifully adorned cloak. A maraca or guira is used to greet her and to pay attention when spoken to.

It represents intelligence, the rational and is a very skilled sorceress, owner of magic powders. In the diloggun he speaks through Odun Oddi (7). His day of the week is Sunday. The one who consecrates himself for this Orisha, before his coronation must receive Olokun.

Rams, roosters, bananas, geese, ducks (with the exception of Ashaba and Ocute), pigs and quails are slaughtered.

Its representative colors are all shades of blue and white or translucent. On Her necklace the accounts are alternated using as a reference their number which is 7 and their multiples. Her favorite flowers are flower of water and violet. Her favorite perfume is verbena.

When he sits on a saint's horse he laughs out loud and spins like the waves and spins like the eddies of the ocean. At other times, he strokes to the rhythm of a swim or represents a dive to collect snails, seaweed and fish for his children. Their dances begin with soft undulations like the waters that move slowly animated by the breeze and then they increase in intensity like the rough sea.

DRUM TOUCHES TO THIS ORISHA

They are characterized by having great spiritual ability and being witches by nature. They have a sometimes changing personality like the waves of the sea. They usually be helpful, analytical, perfectionist, demanding, orderly, neat, meticulous, lovers of the sea and nature, industrious, modest, logical, foresight and practical. They are very critical, sometimes foolish, even fussy and very demanding. They can become complex, somewhat hypochondriacal, skeptical, incredulous, sometimes very outgoing or too inhibited, very maternal or paternal, or not very affectionate. When they get upset they have a hard time forgiving.

NAMES FOR CHILDREN OF YEMAYA

Yemaya likes gofio balls with cane syrup and corncobs on wheels. You are offered grains, elele and eko.

Among his favorite foods are:

The ekó: corn tamale that is soaked all day, is ground in a pestle and cooked by beating it in a fat-free and unsalted casserole, shaped into a bun and wrapped in fresh banana leaves.

The olelé: face beans are soaked, they are passed through a sieve to remove the shell, a paste is formed and salt is added, garlic and onions are minced by adding pieces of ginger to the dough, a pan is put in hot butter , and when it boils, it is poured over the bean mass that had previously been beaten well, paper molds are prepared and filled with this paste.

HOW TO TAKE CARE OF IT?

When Yemaya is angry, she uses watercress, lettuce, chayote and purslane to refresh her otá. Its favorite fruit is the water melon or pin, but also pineapples, papayas, grapes, water pears, apples, bananas and oranges. It is customary to offer the water and cane molasses in gourds. Of the fish he prefers guabina, eel, snapper, yellowtail, cabrilla, saw, sole, marlin, cherna, emperor and others.

7 YEMAYA HERBS AND A LITTLE MORE

Among its herbs we can find: the Cockroach, Bejuco Ubí, Aloe, Flower of Water, Purslane, Malanga, Witch Grass, Culantro, Jagua and watercress.

Yemaya is syncretized in the Catholic religion with the Virgen de Regla, also known as "the Virgin marinera." Legend has it of the Virgin of Regla that when a group of bandits arrived in the city of Hipona, the disciples of Saint Augustine, who was the bishop of said African city, fled in a terrified boat with the image of a Virgin in their hands. . According to tradition, the image is believed to date from 300 AD

Those marine waters took these men of faith to the shore of the Chipiona promontory, where they founded a monastery on the remains of some ancient construction. But that was not the only vicissitude that the image of the Virgin opened when the Arabs arrived in 713, the prior Simón hid it in a well under a nearby fig tree along with the utensils to give the mass.

In 1.330 a canon of the Cathedral of León, which was crossing the peninsula, sitting under a fig tree had a vision that told him where the image of the Virgin was hidden for 617 years. Upon finding her, in that place over time she became patron of the men of the sea. He is credited with abundant miraculous events and cures.

Due to its location, right at the mouth of the Guadalquivir, the ships that traveled back and forth to America, paid tribute to the Virgin, since her sanctuary was the last thing they saw before going out to sea.

In Cuba, in the town of Guaicanamar whose meaning is "facing the sea", a hermitage was erected where an image of the Virgin of Regla from Spain was placed, brought from the hands of Sergeant Major Pedro de Aranda, being the object of much devotion since then. Giving its name to the village of Regla, recognizing it as its patron on December 23, 1714. Regla is a municipality of Havana with more than three centuries of existence.

Its symbolism of great parity with Yemaya is evident when both are recognized in Cuba as protectors of sailors and their close relationship with multiple aquatic histories. His blue clothing and the black complexion of the Virgin, when carved in a wood with that tonality, allowed the Yoruba to syncretize them very naturally. The veneration that Cubans feel for both or for one in itself, on the part of the Cubans is as incalculable and profound, as their ancient surprising history.

The parrot brings good fortune to the chief of Iwo. Children are the ones who bring good fortune from Heaven to Earth.

Spirit of the sea, Yemaja.

Guardian of water, life and procreation.

You who are the sweetness of the water that flows smoothly.

You who bring fortune, love and children.

Children are born inside your word.

You who are the one who buys the secret of the magic pumpkin.

Mother of Fishing buys the secret of the magic pumpkin.

You expose the omen, and you solve it yourself,

You expose the riddle and you solve it yourself.

You expose my wishes and prayers and you solve them yourself,

Bring to me with your magical energy that love that I beg of you,

Bring me your magic representation, to reach the lover I want,

There is nothing that blocks the way of big water.

There is nothing that I ask of you and your feet are not granted. Asé.

Mighty Queen, the depth of indigo is fearful within the river,

Make a path for her.

Queen Mother, I am grateful to you for my life and my health today always.

Mother of the world. Asé.

SONG TO THE ORISHA YEMAYA

Yemaya says: "there is no greater mission on earth like that of motherhood."

Yemaya says: "who dares to mess with my children, faces the full force of the sea."

The great Mother, the creator.

The one who always watches over her children.

WHAT IS REQUESTED OF YEMAYA?

Yemaya is asked in relation to diseases related to the belly. Women who want to get pregnant go to her regularly. It is usually very effective in cases where you have witchcraft wars and problems with spirits. She is a deity who fights very well against enemies, especially when it comes to her children, relentless, she does not forgive faults.

WORK WITH YEMAYA FOR LOVE

Dry corn, lard, corojo butter, cane molasses, honey, brown sugar, indigo, cocoa butter, coconut butter, 7 wicks, the name of the person you want to attract, are placed in a container. It is left on for the 3 days at the foot of Yemaya, and after that time it is wrapped in a blue cloth and taken to the sea.

WORK WITH YEMAYA FOR THE ENEMIES

The name of the enemy is placed on a plate, on top of it is added coffee grounds, a fathom of candle, everything is covered with pica pica and a duck's head is placed on top of the ingredients. This work is done at the foot of Yemaya Okute. He introduces himself and tells him: what you have there was put by so-and-so (your enemy) until you take it out of the way, he will have you there.

In a basin they put 7 ears of corn, put a little water, a little white and brown sugar on each ear, with 7 cents, asking Yemaya for health and let them hatch there.

Orisha Oya: Who is she, offerings, prayers, characteristics and more

Oshun: who is he, his daughters, offerings, prayers and everything about this Orisha of Santeria 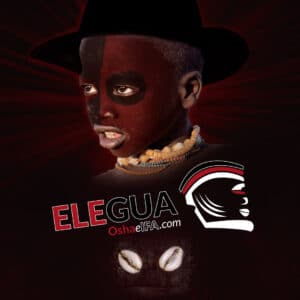 Elegua, who is it, how to attend it, history and more 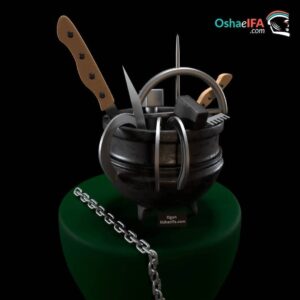 Oggun: Who is, Prayers, Offerings, Sons and Paths

Obatala: Who is, Prayers, Offerings, Children and more.

Shango: Who is, Characteristics, Children, History and everything about this Orisha

Iyami Osoronga, Who are they, Offerings, Worship, Initiation