All about the Yoruba Religion (SANTERIA) Osha and Ifa

Oshaeifa.com was born with the objective of disseminating truthful and quality information related to the Yoruba Religion, especially the rule of Osha and Ifa. This in order to instruct new and old believers in this beautiful religion. Signs of Ifa: What is Ifa? The Odduns and their Meaning

Prayer to Ochosi for Justice, love, protection and more 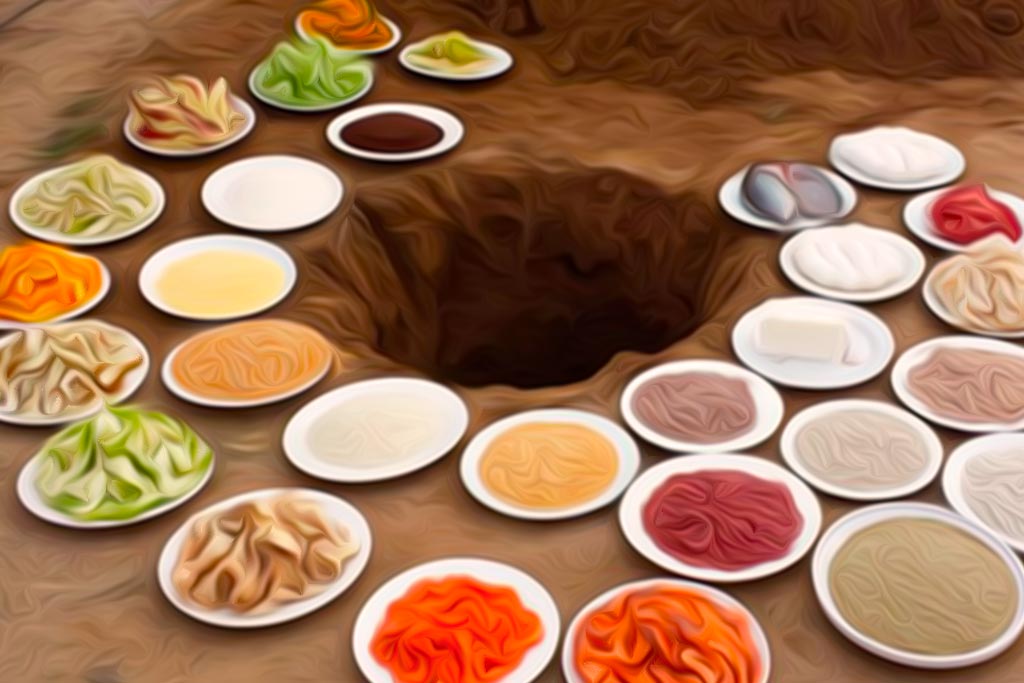 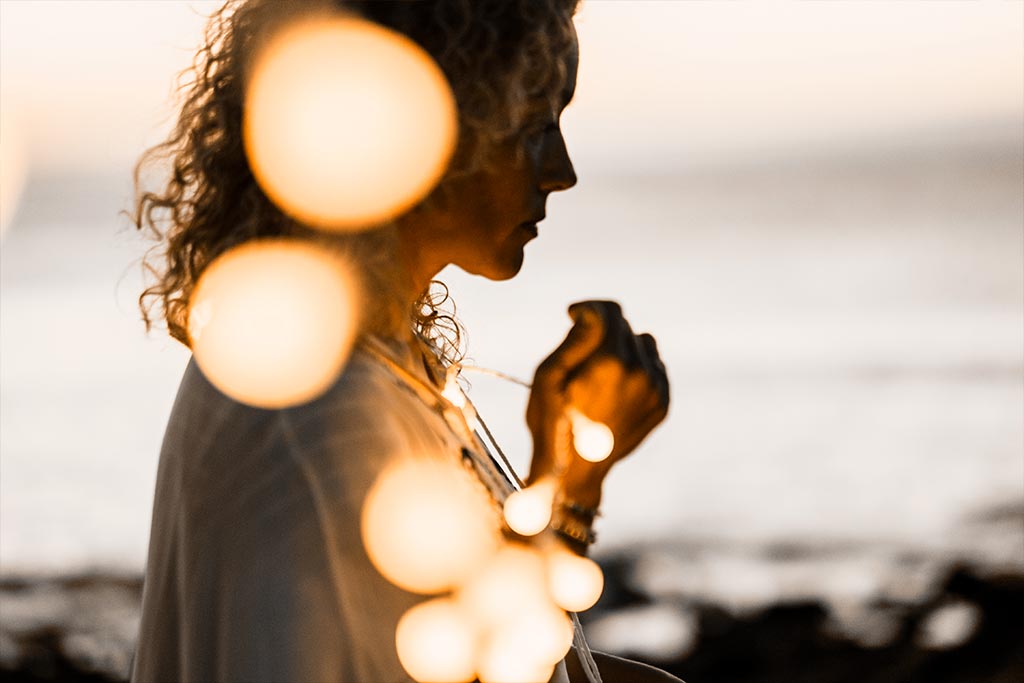 Prayer to Oggún: For Protection, against enemies and open the roads

Encyclopedic Treatise of the Odu of Ifa

The so-called «Santeria» It is the religion resulting from the syncretism carried out by the Africans who came to Cuba, a product of the slave trade during the discovery and colonization of the New World. For a long time this ancestral practice has been one of the most important in Cuba, even beyond the religious liturgy, without a doubt, it has been a considerable influence in the formation of Cubanidad as such.

The origins of what we now call "Santeria" go back to the ancient African continent. Detaching themselves from the culture belonging to the Nigerian region, more specifically in relation to the Yoruba people, which despite the adaptation process to which the individuals were subjected when being in a different continent, with characteristics, flora, fauna and other variants, conserved many of the basic characteristics of their ancestral traditions.

Let us remember that the Yorubas arrived thanks to the slave trade by the Spanish and Portuguese to the Caribbean islands between 1770 and 1840. Bringing with them only their faith and beliefs, after being torn from their homeland, in a bloody way, subjected to terrible inhuman conditions during transfers in totally overcrowded ships, where many of them died even during the trip due to the cruelty of the conditions.

Before the indolent gaze of the colonizers and the Catholic religion that instead of ensuring a more humane treatment, I take the opportunity to promote their religious culture, causing these individuals to be forced to renounce the only thing that was left to them, their beliefs, seeing the need to adopt another religious dogma. However, the African refused to completely abandon his customs, after all, it was something he had so ingrained that not even the most cruel treatment could remove that essence from his heart.

It is necessary to consider that the religious practice for the Yoruba goes beyond a simple belief. His spiritual development is holistic in nature. Your beliefs govern your thinking, your actions, your social interaction, that is, your religious beliefs define your culture and the behavior of your society. Letting go of this was almost impossible.

Thus, syncretism arises, which is nothing more than the fusion between several spiritual cultures that become one, giving rise to a new doctrine or religious practice. The Yoruba in Cuba, for example, created a new cult that remained as close to their ancestral customs as possible, but through a deep search for spiritual elements in common with the Catholic religion, they managed to identify their deities in the Catholic saints. It is from there that various saints and virgins are identified or related to the Yoruba pantheon.

This fusion arises from the need to preserve their old religious beliefs, if they are not obliged to abandon their faith, they will surely keep their customs intact, however, this fact reveals the depth of their beliefs because even at the risk of abuse, torture Even at the risk of death, the Yoruba kept their faith intact.

The Yoruba pantheon has the particularity of having a large number of deities, evidently this generated the need to find among the Catholic saints many spiritualities that shared common characteristics with their spiritualities, in order to continue their worship through them. In this way, their gods and goddesses called Orisha took the name and form of such saints, in appearance but not in essence. On the other hand, the rituals, customs and beliefs that they brought from Africa did not change beyond the cases in which adaptation was necessary due to the lack of certain elements. A Cuban santero said that: "Syncretism allows us to worship Catholic saints at the altar, although who we really see is the African god."

It is important to note that since the arrival of Africans to America, the Catholic Church banned religions that came from Africa throughout Latin America, therefore, Santeria was forced to be practiced in secret during a long period of Cuban history, until the Church was left with no alternative but to begin to tolerate the religious syncretism of Afro-Cubans, realizing that their culture was so ingrained that it was practically impossible to extinguish it.

In the Santeria or Rule of Osha a supreme God (Oloddumare) and a group of deities or Orishas are worshiped, which make up the Yoruba pantheon. The consecrated priests in this cult are considered Iyawo (during the first year of consecration) and then "Olorisha", popularly known as santeros. When they have consecrated other individuals they become "Iyalosha or Iyalorishas" (mother of saint or godmother) or "Babalosha or Babalorisha" (father of saint or godfather).

The consecrations of the practitioners respond to a particular Orisha, known as "Tutelar Orisha or Guardian Angel" that is determined through a ceremonial known as: Hand of Orula (Awofaka or Ikofafun) where several priests of Ifa or Babalawos through the respective ceremonial thanks to the oracle of Ifa, they can know which is the "saint or Orisha" that the person should be consecrated.

The practice of Santeria has nothing to do with witchcraft as many detractors have led you to believe. Although it possesses mystical characteristics that can be used for both good and evil, its praxis simply responds to the ethics and values ​​of the performing priest, as happens in all the religions of the world. The essence of this ancestral belief is based on taking advantage of the energies of the deities that are impregnated in the forces of nature to achieve the objectives for which each human being has come to earth.

His ideology reveals that: fulfill the destiny we chose before reaching the earthly plane It is the main mission of each individual, and the Orishas are ready to help us in that journey through certain magical rituals or from the advice that is provided to us by the different oracles that the Yoruba have at their disposal. That is why Santeria is known as a religion in which ceremonials and sacrifices abound, motivated by the variety of offerings with which the Orishas are honored to obtain their positive influence on the development of the lives of their followers. .

Santeria in the countries of America

Importantly the practice of Santeria has spread to many countries around the world. An example of this is Mexico, where we can find a wide variety of followers and initiates. There is also a wide commercial network related to these practices, mainly in the markets of Mexico City where it is common to find stores specializing in the sale of all the paraphernalia used in Santeria, such as: tureens, necklaces, bracelets, candles, ornaments and other tools.

These commercial establishments commonly called "botanicals" also exist widely in Venezuela, where Santeria is a religion that enjoys great acceptance, conglomerating a strong number of followers and initiates from the 90's to the present day.

In the United States, in New York City or Miami, botanicals are in many places, even offering their services through all advertising media, even standing out more than other types of businesses and offering a wide range of religious articles. .

It is evident that people tend to be drawn to that mystical and exotic veil that surrounds Santeria. Despite the fact that many detractors have tried to discredit these ancient practices originating in the early African from its beginnings to the present day, in fact, the term "Santeria or Santero" was originally used in a pejorative way to refer to the individuals belonging to or descendants of the Yoruba people, who practiced the rituals of their ancestral religion. Later becoming simply an adjective used to refer to the initiates and practitioners of the Osha Rule and Afro-Cuban Ifa.

Even so, its religious legacy managed to survive the ravages of time, beyond the submission experienced by its oldest practitioners when they forcibly arrived in America, becoming popular and spreading to unsuspected places, being also a fundamental part of the transmitted secular and cultural heritage. and reproduced thanks to Afro-Caribbean arts, music and culture.

In fact, just as Santeria emerged in Cuba, in the same way, other spiritual variants inherited from African beliefs developed in Caribbean countries, such as: voodoo in Haiti and the Dominican Republic; the Macumba or the Candombe in Brazil and the Obeah in Jamaica, among others. Reaffirming once again, the nature of the African not to leave behind his most deeply rooted essence.