Okana Di, is the combination between the older Odu Okanran and Odi, occupies the 125th place in the lord order of Ifa. If it appears for a man in an ordinary register (consultation) he is warned that he has to have his own Ifá. If it appears for a woman, she is warned that she must marry an Awó or persuade her husband to do Ifá for mutual prosperity.

What is born in the odu of Ifa Okana Di?

Here you must choose between applying force or practicing Ifism. It should not be bragged.

Enchantment and diabolical things should be avoided against the one who offends him.

A rogue son of death can be born to him, who at the same time becomes his enemy and who for his actions condemn both of them.

For an insignificant woman I will see him, due to a third person.

Do not be wise that you become in a war, avoid competitions with others.

Here you can find an enemy with paranoic syndrome, or be it yourself. Give yourself a guinea to your head, goat to Ifá and goat to ESHU and a rooster to OGUN.

Here the woman can be cursed for shunning ORUNMILA.

This Ifa Sign "Okana Odi" marks that a good friendship will appear and a relationship will be reborn.

ORUNMILA said that the sacrifice to ward off Death was made with a small chicken (Oromu-adiye in Yorubá) which yells: Iku-ye-iku-ye ni Oromu adiye ma-nke. With this cry, the chicken orders Death to disappear from the area, because Death is forbidden to hear the chicken's cry. If a person is sick and fears that he or she is about to die, a live chicken is tied on the altar of ESHU so that it screams to death. Death will definitely leave the person.

Sayings of the Odu of Ifa Okana Say:

When this Ifá appears in IGBODU, the person must make sacrifice with the images of a man and a woman in clay, a goat, red cloth and the OGUN scissors. He must serve death with a rooster, a chicken, and a piece of red cloth at a crossroads.

This (Onó Ifá) special sacrifice must be made immediately so that the person can have a long life, that his son does not kill him and avoid the risk of committing a murder or that a murder is committed in his name. If the person has children, he should be warned that there is one of them who is looking at him with bad eyes.

When Okana Di appears in an ordinary record the person is told that he must make sacrifice before traveling to avoid becoming a victim of unknown consequences.

The Odu OKANRAN DI talks about a relationship that will finally be good.

A friendship or a relationship will be reborn.

Here YEMAYA mayelewo speaks, who was a woman from ORUNMILA and later a merchant. She is the one who uses a mask. Use nine different colors, live in a jar. He eats from all the animals and is put on an okpel.

She lives in the middle of the ocean where the seven ocean currents pass.

Here they speak: The movements of the Earth and of the seven marine currents of fresh water that are said to be on the seabed.

You have to take good care of your eyesight. You cannot drink water deposited in a jar, much less put your mouth on the edge of the jar to drink it directly from it. You should not eat any type of crustaceans or animals that recoil.

You have to do Ebo frequently to avoid falling

The owner of this Odu has to be doing Ebo periodically and wearing clothes from the YEMAYA list.

In this Sign of Ifa "Okana Di" the dead save daily, one must identify with them.

For luck, ORUNMILA is given 2 black hens with three nails, which are loaded on his head with: blood from the hens and asheses. The three nails are buried in the door of the house.

This Odu speaks of loneliness, boredom, orders to marry and have a family to be happy. It should be reserved.

Mice, cockroaches, lizards should not be killed.

The debt with OSHUN and ESHU must be met. Put a white plate with five eggs and honey to OSHUN for love and prosperity.

It is necessary to avoid being pamplinoso.

Beware of traps that a religious can make you.

For Okana Di you have to receive INLE with a white ram so that it has Itá.

For this Oddun when they cannot with the father for being powerful, they do things to the son.

Here INLE with the Ejá-Oro (guabina), defeated the enemies, helped by EGUN. Here what is desired is achieved, but joy can turn it into a boumerang against itself, it should speak little.

The Awó identifies with his Egun so that they save him daily.

HOW THIS OKANA DI SOLVED THE PROBLEM OF PREMATURE DEATH.

ORUNMILA told Okonron to close the hole in the ground.

I also told Okonron to close the hole in the ground. ORUNMILA said that the sacrifice to remove Death was made with a small chicken (Oromu-adiye in Yorubá) which yells: Iku-ye-iku-ye ni Oromu adiye ma-nke. With this cry, the chicken orders Death to disappear from the area, because Death is forbidden to hear the chicken's cry. If a person is sick and fears that he or she is about to die, a live chicken is tied on the altar of ESHU so that it screams to death. Death will definitely leave the person.

You may also like: All about the Odun of Ifa Odi Meji

Ifá says that this person would be full of longevity. He would enjoy his life; but he must offer sacrifice of Òkànràn Òdí. 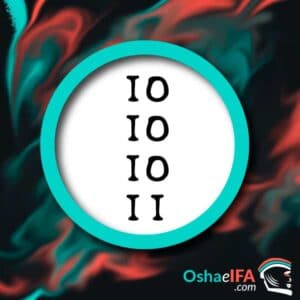 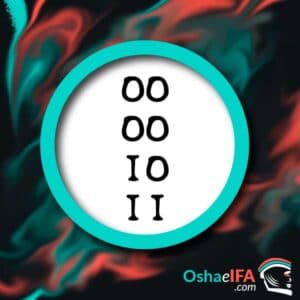 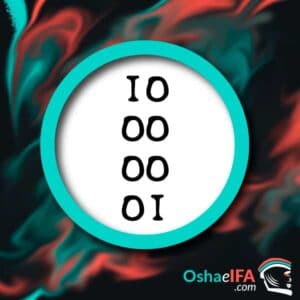 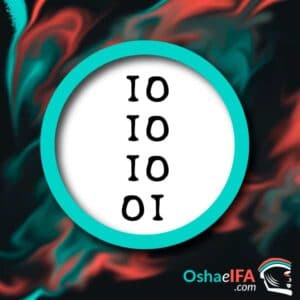 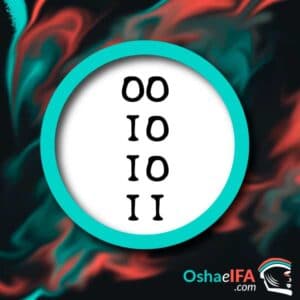 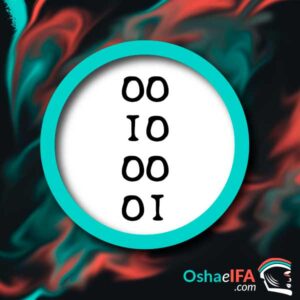 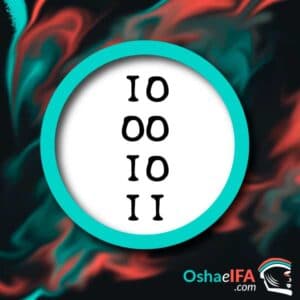 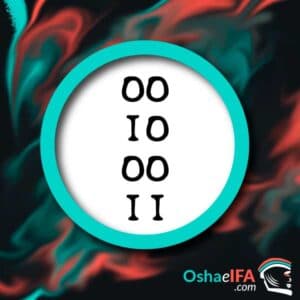