Ojuani Oshe is the oddun of Ifa 105 in the Hierarchical order of Ifa. Talk about how counterproductive it can be for the person not to pay the debts contracted with the deities, both the Orishas and Eggun will benefit the person as long as they are honest.

What is born in the odu of Ifa Ojuani Oshe?

Here you cannot tell your dreams to anyone.

When Ojuani Oshe goes out in divination for a woman, she is pregnant or soon will be.

The person, for this Ifá, must have a shelter to open the roads, which has them closed.

The bath herb for this Odu is: EWE YEYE (Yellow Plum)

The Awó Ojuani Boshe must make Ebo with two black hens and give them to his Ifá. You should bathe with

Remove the curse, cundeamor, the heart of a rooster given to Ebó, 3 guinea peppers, Iyefá del Ebó, for luck to come.

Here the Saints persecute the person, so that they settle and serve him.

The Saints must be paid what is owed, to be free and enjoy luck. You will also have to pay EGUN.

Here the person does not like to be advised.

For a woman: they are going to give her bad advice, so that she leaves her husband and loves another. Do not listen to such advice, so that you do not get lost. You must act on your own decision and not influenced by others.

When you are not lucky, you will have to pray or Paraldo because you have bad things behind.

Fighting with your spouse is prohibited, so that luck may come.

This Ifá predicts the arrival of a son, who will bring him luck.

Here you have to take care of kidney diseases, stomach, lungs, parasites, albumin.

This Ifá says that the person has been cursed.

It cannot be wet with rainwater.

He cannot indulge in drinking, nor can he have a bad night, lest he destroy himself physically.

Here you have an interest in the alien woman and they are hunting you.

The woman: she is interested in a married man.

You will have to celebrate mass for deceased relatives.

When the person with this Ifa Odu starts to get a fever, they should quickly go to the doctor.

Ojuani Boshe commands to do good and not look at whom.

Here the chameleon wears all colors, because OBATALA told him ashé and won the war against OLOKUN, making Ebó.

Sayings of the Odu of Ifa Ojuani Oshe:

The Awó acts by his own decision and not by anyone's influence.

This Ifá says that the Awó must and can attend to the effeminate (homosexuals) and people with defects who come to his house and save them, even with AWAFAKAN or IKOFAFUN, but never with the consecration of Ifá.

For this Odu, an ODU ARA (lightning stone) is placed inside his Ifá, to combat all the bad things that are thrown at him.

This Ifá always has to have horse blood with brandy for OGUN.

Because of this Ifa sign, to ward off the EGUN, one must take baths with IROKO leaves.

Here the walker tired his legs and lay to rest in the IROKO tree.

If Ojuani Boshe appears in an ordinary fortune-telling, the person will be advised to go to his family's home to revoke a curse on him in one of his previous incarnations. If this Ifá appears in divination for a moderately successful person, he will be prevented from meeting with an unlucky person.

Prayer of the Odu Ojuani Oshe:

Ebbo of the Odu Ojuani Oshe:

OSHUN will be given five brown hens to remove obstacles. Afterwards, the person will be bathed in the river, they will be given two cucazos with a scratch-belly cuje, they will dress in white and in the house they will be asked for their head (KOBORI) with 2 white doves.

You will be given three jio-jio (little chick) with the naked person. The person is also taken to the river with ELEGBA and, on the shore, ELEGBA is given a small goat, giving the blood to ELEGBA and the river.

When the Awó makes Ebó, for this Odu, an Aleyus, it should be cleaned with an egg and a cuje, so that it does not fall behind after the Ebó.

This Odu speaks of victories over opponents or opponents, as also here the person will be accused of sexual promiscuity.

This sign predicts, through the mouth of OSHUN, that the person is sitting on the money.

In an ordinary divination, if the person comes Osobo, he will have to give OSHUN five yellow chickens because obstacles will be presented to him. Afterwards, the person is bathed in the river, they are given two lams with belly-scratching cujes, they dress in white and in the house the head is begged with two doves.

Here, ELEGBA is given three hee-hee with the naked person. The person is also taken to the river with his ELEGBA and on the shore a small goat is given to ELEGBA, giving the blood to the river and to ELEGBA.

Although this Odu leaves for an Aleyo, the Awó has to do Ebó and then clean himself with a chicken egg and a cuje, so that the delay is removed after the Ebó.

Here 2 white doves are given to his head in the river, destroying all his clothes, so that the current takes it away and with it everything bad. Then three hee-hee are given to ELEGBA.

This Odu tells of a child who is mistreated and blamed for everything bad that happens in the house.

You have to take care of that child because he is the one with the biggest head and he will save them all in the future.

The secret of the Ojuani Boshe sign is to beg your head in the river. He must have his two hands of Ifá joined and feed him 2 black hens at the beginning of the year and take good care of OBATALA. As it is vitally important to receive ODUDUWA.

Here the person has to bathe his body with Omiero, as it is dirty.

Here the person is somewhat daring, liar, naughty, pretty and does wrong things.

Here you do EBO with a rooster to defeat the enemies. You must also do Ebó so that you do not work for free to others.

This Odu predicts that his luck is of all places, because the person of this Ifá is very happy and dreams a lot about the Saints.

On this path, there was a slave, which was Awó, and seeing how he could remove himself from slavery, he sat under a bush of Ikines de corojo, took 16 of those Ikines and began to Atefar.

When he took out the Odu, he came with OJUANI BOSHE. At that moment, he is surprised by the foreman, who insults and slaps him at the same time. The slave, then, tells the foreman, refueling, predicting that OLOFIN had three pregnant women and that, if they did not do Ebo, they would give birth badly. And that he should inform you and let OLOFIN know.

When the foreman, curious about what that slave had told him, inquired about the situation, he saw that it was true but did not convey the message.

In later days, the foreman begins to drink in a canteen and when he is over drinking, he tells his friends about what happened with the slave and what he told him, spreading and reaching OLOFIN's ears the slave's prescriptions , which were reality.

OLOFIN, then, ordered the foreman to be executed, for not having given that great message, and appointed the slave Awó as foreman. And, in addition, he gave him the title of soothsayer of the court.

NOTE: Here there are problems for women to stop, also a hand of Ikines de corojo is put on it, accompanying the Ifá.

You can read: The Odu (Signs) of Ifa

Ifá says that life will favor this person. Poverty will end. He will not witness bad times but must offer sacrifice. 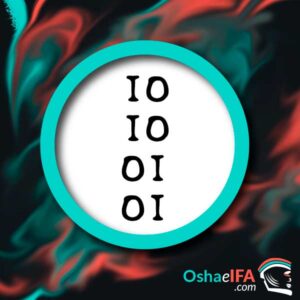 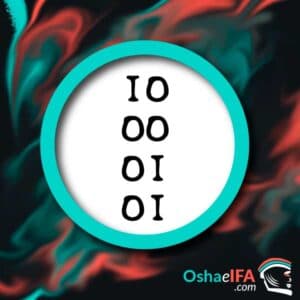 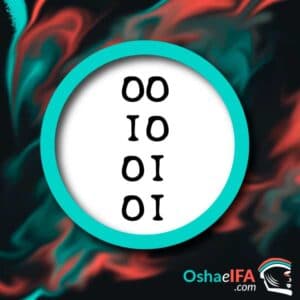 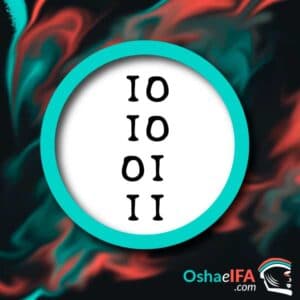 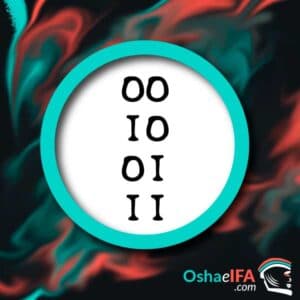