Ogbe Ka (Ika) is one of the Ifa odu corresponding to the Ogbe book, it is the sign number 26 of the Genealogical Order of Ifa, it tells us about the creation of the marks on the hands, it advises us to make sacrifice to avoid machinations evil of our enemies. Ifa predicts the return of people who had moved away from our side.

Ifá advises us to offer the sacrifice so that our right is not stolen by others. And so much so that unless God dies, one will not be able to regain the right.

In the odu Ogbe ka is born:

It may interest you: Oddun Ika Bemi

That you should not steal, that they are going to arrest you and nothing you see on the ground takes it, because they will say that you stole it. there is a person who cannot see it. your luck is good, you were born to fortune teller.

If this Odu manifests in divination as Iré (uree), he must tell the person that he is a thief, but if he refrains from stealing in the following weeks and serves his Ifá with a hen, he will avoid the danger of falling dead or be killed during a robbery.

If he is Osobo (Ayeo), he must tell him that he is a thief and that his vice has no cure and that he will soon die during a robbery, unless he makes a sacrifice.

When this Odu Ogbe Ika comes out in divination, the person should be told not to delay in carrying out the appointed sacrifices so that he can avoid obstacles.

Prayer of the Odu Ogbe Ka:

When he talks about impotence, it is that the woman tied him up, feeding him a steak that was passed up his ass, to untie he crushed pizajo and Elegbara's goat egg, 16 Ewereyeye, chili pepper from his mother's whore, gin and takes 3 tacitas a day.

Work to untie by Ogbe Ika

Take Owunko and tinshomo okuni (testicle), Eweriyeye (peony), guaguao pepper, everything is
Crush well in a mortar and pour into gin for mamu.

Land from one corner collected at 12 o'clock in the day, land from another corner collected at 12 o'clock at night, 16 small stalks of last in Iyé and linked with the lands. Oggún is put on and then Shango, a Pollon is put among those Oshas and it is said: Oggún, you want to take the Pollon from Shango and give the powders a single drop of eyebale to Oggún and a single drop to Shango. Then they put the powders to dry and they blow on the araye saying: As 12 o'clock in the day cannot be joined with 12 o'clock at night, so so and so cannot meet me.

Ebomisi with ten-day flowers, marigolds, Sunflowers, this is prepared without boiling.

Elegbara is given an Owunko, the testicles are taken and dipped in gin with ginger, hot pepper and malambo stick for mamu.

You can read: The odu (Signs) of Ifa

Inshe of Ozain of the odu Ogbe Ika

Land from one corner of the house at 12 at night, land from the other corner of the house collected at 12 noon. Ewe Amansa Handsome, Open the Way, Sherekuekue, Remove Curse, the tip of Obe, Salvadera, boil garro, well standing, eru, obi kola, osun Naburuku, obi motiguao, oñi, efun, ori, epo, is lined in asho of the angel of the guard. He eats Osadie and ayapá with Elegba, he eats oti and holy water on Fridays.

Ogbe Ika guessed for various members of the bird family when they were in Heaven.

The four went to ORUNMILA, who advised them to sacrifice a hen, on the condition that they should buy the bird and not steal it.

In the morning, the hawk was in the top of a tree and he saw a bird that was moving around his house. He could not resist the temptation to go in search of his main food. He flew down, caught the bird, and decided to use it for his breakfast. Before proceeding to look for the other hen, a hunter saw it, took aim at it, and shot it. This is how the search for the Title of Oloori by the falcon came to an end.

The vulture collected all the money he had and bought a chicken since he was not willing to steal one. Then they handed him the title of Oloori.

On the other hand, Akala was also killed by the hunter when he tried to steal a chicken. For his part, Awodi bought the hen for his sacrifice and gave him the title of Jogboloro.

He guessed for Udi (Udero).

Udi is a huge carnivorous bird that feeds on all kinds of animals in the forest. He was a hunter. On one occasion he went to ORUNMILA for divination. He advised him to serve ESHU with a male goat to avoid the danger of unfinished luck (Amubo or Osobo noma sunu).

He mocked ORUNMILA, telling her that the goat with which he had to sacrifice was as good as any other animal that he could hunt in the forest. He boasted that no small or medium-sized animal had been able to challenge his hunting art. He refused to make the sacrifice but proceeded to go hunting anyway.

When ESHU stopped by Orita Ijaloko early in the morning to ask who had been told to sacrifice but had refused to do so, ESHU's close friend Igho directed the search and reconnaissance light in Udi's direction. ESHU set out to punish Udi for not providing food for him for the day.

ESHU entered the undergrowth and was transfigured into a giant tortoise, called Aragba, which is capable of carrying a human being on its back. The tortoise turned upside down and began to move its legs in the air as if unable to move. Udi saw the turtle and considering that this was an easy prey, he went to catch it, Aragba opened his anus and Udi pushed his beak inside, at the same time that Aragba closed his anus instantly. Udi's peak was effectively caught and the tortoise
he refused to open his anus.

Udi began to moan and complain and remained in that state of agony all day. At night, the turtle opened its anus, released Udi to go home staggering, hungry and desolate.

He really hadn't been able to catch any animals to eat all day.

One day Bana Petu, which was the name of Orunmila in that land, Iyesá looked at himself and this ifá came out, where he had to pray his head. But he had to leave and he did not beg, near his house there was a farm in which there was a coconut plantation, when passing by, Orunmila had to enter because he had to do a need.

It turns out that in that farm the thieves stole the coconuts from the bushes every day and Orunmila, who was carrying a sack, put it under a coconut tree and this was left with his mouth open and two coconuts fell from the bush and both fell into the sack without Orunmila noticing.

When he finished, Orunmila took his jacket, put it on his shoulder and left the farm jumping over the fence, and it turns out that the men who were guarding and guarding him stopped and searched him, and found the obi inside his jacket. .

Then the men said this same is the thief and they took him in front of the owner of the farm.

When this happened a boy passed by, who was none other than Elegba and he saw what was happening to Orunmila and as he knew him he approached him and asked him what was the matter and Orunmila told him.

Then without saying words he left and arrived at his house and the ebo of treason was carried out and ending this he went to the house of the owner of the farm, and said: Lord, that man is Orunmila, an honest and good man, known everyone as an excellent person, thus achieving that the owner of the farm released him.

A certain fortune left this person's house which makes him feel very sad. Good fortune returns. If we could offer the sacrifice of this Odù completely, the useless fortune would leave the house of this person; Even if his wife decided to divorce him, she will ask him to come back. 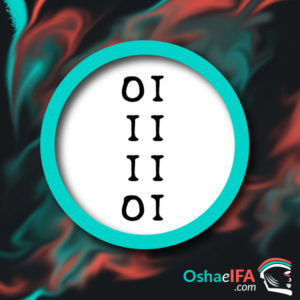 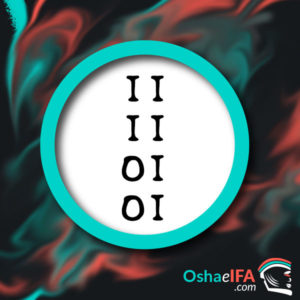 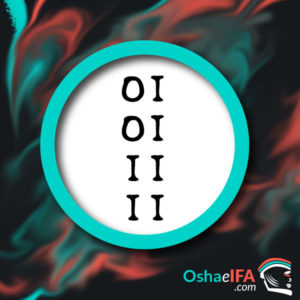 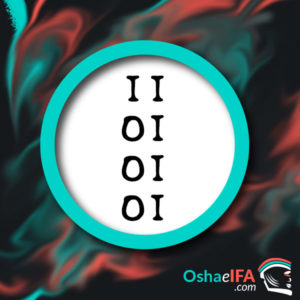 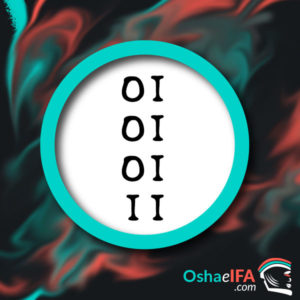 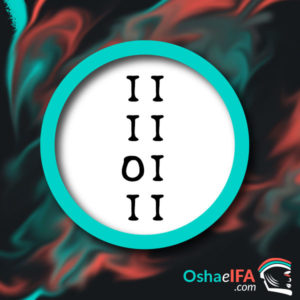 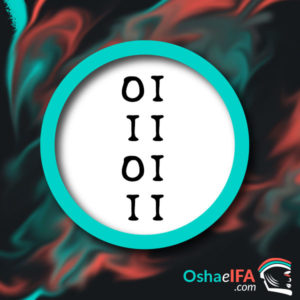