Shango and Oya, are the main deities that rule Venezuelans according to the letter of the year of 2022.

You can read: Everything you need to know about Orunmila

Analysis of the divination of Ifa (Iroso Osa)

Ifa recommends that you should attend to Shango and Oshun, fulfill what is owed to these Orishas to achieve the development of their objectives during the year. It should be offered to Shango and Oggun shekete (a drink prepared with brandy, corn and honey), this will promote victory over potential enemies and attract luck.

Ifa recommends at the religious level that good relations should be maintained between the elders and the minors within the religious ladder. It is important to encourage good relationships within religious houses to maintain the traditions and respect that characterize the practices of Osha and Ifa.

Similarly, Orumila warns about raising children at home. It is important to carefully observe the education that is being implemented within the family to avoid future inconveniences, caused by the lack of defined patterns within personal, family and social values, which could generate later setbacks. The proper functioning from our homes will be the standard for the construction of the society in which we want to live.

During the year 2022 we must maintain a clear conviction of the beliefs that we have, Orunmila invites us to nurture the true faith in the saints and Ifa, to avoid the abandonment of beliefs or foundations, especially in the case of consecrated persons. The abandonment of the fundamentals and everything related to their traditional practices constitutes a breach of the oaths or commitments acquired at the time of consecration and could have harmful consequences for the initiates.

We are facing a year in which it is essential to comply with commitments, from the simplest to the most complex, regardless of the nature they have, this will guarantee success in our objectives.

Ifa recommends defining leaderships in all environments that make up society to avoid confusion and the loss of position achieved. It speaks of the decomposition caused by the lack of a defined order and of struggles between people to occupy the positions or hierarchies of others, therefore, we must fully comply with our obligations to avoid being displaced in the positions or tasks that we perform .

This year the changes are constant, it is even advisable to analyze in depth the opportunities that arise that include trips to other destinations, since the moves are favorable.

It is important to carry out the corresponding attentions to the deceased and to comply with all the ceremonials that are stipulated after their departure. It is necessary to offer masses to deceased friends.

The uninitiated are recommended to receive Ifa (the hand of Orula) and Chango to achieve their well-being and development during this cycle that begins.

Iroson sa as Odu Bawa tells us that the concept we have about the value of money must be analyzed, we are aware of its importance to achieve certain objectives, but, obsession or excessive love for it, can lead to the loss of values really important.

Ifa recommends saving and managing resources well, in order to be able to solve the unforeseen events that may arise without being affected emotionally when it is necessary to carry out the expenses of daily activities, since, this Odu indicates that people can acquire the bad habit of regretting too much when you have to make an expense (do not cry for money), which, drives away luck.

During the year 2022 we must avoid going into debt in every way. The debts contracted must be canceled as soon as possible to avoid suffering conflicts due to this cause. It is also necessary to value other aspects of life such as family, friendship, honesty, loyalty and above all health, above money, since, due to misconceptions we can become corrupted.

With regard to health, the Odu Bawa of Venezuela for the year 2022 recommends protecting mental health. The states of nervous alteration product of anxiety or depression can cause a lack of control in people, which could lead them to have erratic thoughts and behaviors.

This year it is especially important to maintain obedience in compliance with the rules or commitments made, both with third parties and with the Orishas, ​​since these faults can affect health, causing complex diseases that can cause the immobility of the body or even lose your life because of it.

It is recommended this year to prioritize health care, develop healthy habits, take care of discomforts that arise in the body in time and receive Orúnmila or Osanyin to maintain a good physical condition.

Men during this year should be attentive to their sexuality, since the Odu Iroson Sa prevents that they must protect themselves from suffering impotence problems.

Tips for love for the letter of the Year

The letter of the Year of 2022, suggests the need to establish stable sentimental ties during this year. People who are single should look for a partner and those who are in a relationship should strengthen their ties, because good relationships will bring luck and development during this new cycle.

Ifa recommends promoting emotional intelligence to avoid conflicts caused by insecurities. Living in constant distrust or believing that you are always being cheated on could lead to the breakdown of romantic unions.

Orunmila warns that respect for other people's relationships must be maintained. Seducing people who have romantic commitments could cause serious conflicts, even cost you your life.

Recommendations for the year 2022

It happened that at the beginning of the world, Olofin entrusted Obatala so that it would refresh the earth with its eboses, in that way it would prevent living beings from getting sick and they would obtain luck and health.

Obatala fully complied with what had been indicated and sent the ebos with Enini, who served as his maid, but her prayers did not yield positive results. Faced with such a situation, Obatala decided to go to Orunmila's house, who made him divination and saw the Odu Iroson Sa. Orunmila explained that despite all the works and prayers that he had carried out, none of them worked because there was a person who damaged them when they were on their way to heaven. He also recommended that he make another ebo and hide in the mountains when he sent it with his maid Enini, since, watching his journey, he would discover what was the inconvenience that did not allow his works to prosper.

Obatala followed Ifa's recommendation and hidden in the bush he observed when Enini began to eat the ingredients of the ebo, he immediately confronted her and told her: how is it possible that the same people in my house are doing me this harm? and began to cry inconsolably. Just at that moment Shango was passing by, and when he saw Baba crying, he got worried asking him what was happening to him? And he related everything that happened. Shango, very upset by the discomfort caused by Enini to Obatala and to the human beings, cursed her and all women in general, stating that: women would always cry at home because of men. 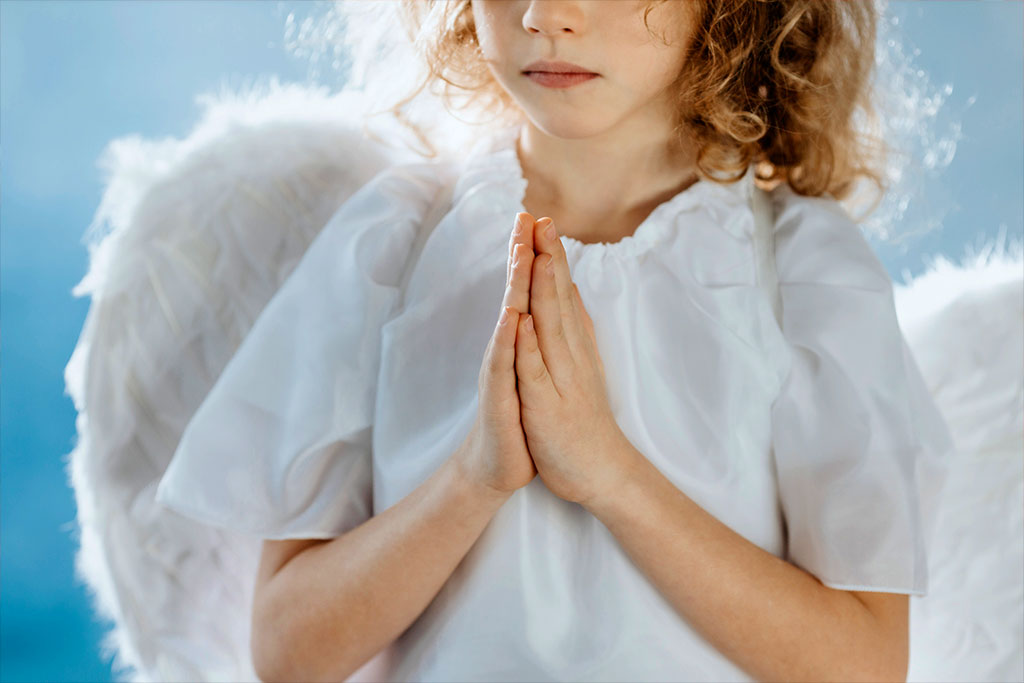