Centella Ndoki: Who is it? History, Signatures and More

Centella Ndoki is the queen of the world of the dead according to the Palo Mayombe culture, she is a very fierce warrior capable of ending any of her enemies using the power she has over spirits. It is one of the Npugos most adored by the Paleros.

Who is Centella Ndoki?

Centella Ndoki is one of the deities that is part of the Palo Monte (Mayombe) cult, born in the Congo itself, emerges as a protector on the battlefield, manifests itself in a whirlpool to make itself felt. This deity is also known as Mariwanga or Mama Wanga, Pungu Mama Wanga and Yaya Kengue. She is the one who reigns in all those spirits that inhabit the cemetery, being classified as the owner and mistress of the Egguns. Centella is highly feared by practitioners of the Mayombe stick for being the one who dominates the world of the dead, winds and storms.

Within the Mayombe it is said that Centella is a Warrior like no other, she is a fearsome witch, and her best works and ceremonies are mostly performed in the cemetery. The vast majority of paleros invoke her to work against enemies, taking into account that they owe her a certain level of respect since no one plays with her.

Centella Ndoki has great gifts from birth, being of an impulsive and arrogant nature when an enemy lurks, it acts without contemplation until it reaches its ultimate consequences and achieves its mission. It is characterized by being clearly effective in damaging its enemies and is said to have 3 personalities:

Young and exuberant woman who is full of wealth and attachment to her principles.

The mother woman of the rain, of the wind and of a warrior, defiant and without fear of any war, full of an ambition to learn to be human.

The woman betrayed by her people, who for love united again with the one she loves, making the sacrifice of leaving everything to follow him, giving everything without expecting anything in return.

It is said that Centella Ndoki possesses or represents 21 paths which are each one of the reincarnations that it has had on earth, these paths are of vital importance for those initiated in Palo Mayombe as they will allow them to guide some rebellious spirits to this deity in order to be able to control them, especially those who still resign themselves to leaving the earthly plane.

Here we present these 21 paths:

The history of this powerful Centella Ndoki, comes from the Congo; in which it is said that in a place where the land was divided by the presence of two rivers, there was a great whirlpool, where two tribes of the ancient inhabitants of that territory were in contention.

At that time, this whirlwind enveloped the warriors who were fighting, leaving them wrapped in brown so they could not be seen by their enemies, this made it easier for this tribe to be able to decimate each of the warriors of the opposite side.

In the end, victory is achieved by the army that was painted blood red, and a woman with an ebony complexion arrives at her side, provided with a staff with several Kiumbas hanging from her and with brown and purple ribbons. She was received by the king of this tribe, who was Nkulu, who seated her in a circle made by a fire, which was the place for women.

The king then asks him who he is and where he comes from; to which she responds with the following words: "I am the request of your men, the one who is always by your side, who escapes for you, I am the night without moon or stars, the one I exercise never sees, but who is always in your battles; they believe in me, because I am death made woman ”. After this, the king retired to rest, but in the morning he found that this woman was still where he had left her and for that reason he asked her surprised. What do you want from me ?, to which she responds. That she simply loved him, for he had fallen in love with his fierceness, his intelligence, sagacity, and loyalty to his entire tribe.

She was captivated by the wisdom and justice of this king, and she wanted to be able to learn from her tribe to be as faithful as they were; He needed to know how to avoid the fear of leaving or arriving in his own kingdom, which was the cemetery, also knowing what it was like to have joy and happiness. That is why King Nkulu takes him as his wife, who would already be number nine and this he does by making the decision, after nine days, while a great spark resounds, appearing at that moment, nine heaps of gold, which are the gifts of this new queen, the youngest of all his wives.

This wife would give her king nine children, of whom would be four girls and five boys. The first of them who would be male, was destined to inherit this entire kingdom, which is precisely that of the Zulu. The queen was called Centella Ndoky, as a tribute to the spark that gave rise to the wealth received.

The king always wisely used the spark in battle, like the Nfumbis whirlpool, as a way in which he could protect all his people. But Centella Ndoki, begins to have problems with this same town, nine days after the departure of King Nkulu; all this because of the other wives, being discredited and forgotten by all.

It is then the moment when Centella Ndoki decides to address them and manifest them, in the Finda field. You have taught me much, even more so your king, but now you are showing yourself what treachery is, and you have made me prey to it; that's why I'm leaving, but they will always see me, because I won't stop seeing them.

I am leaving to join who, I will never separate again, and that together with me we will be one, so that they can hear my voice, because now I must be the one who accepts them or not. With that said she turned around, and was surrounded by the swirl of Nfumbis, and then in a flash she disappeared.

Since then the Centella Ndoki exists, and can be venerated to ask for your attention, being the place where the cemetery is found, as the mistress of the Nfumbis, who are the dead or their spirits and the field of Finda, which is not anything other than the cemetery itself.

Colors of this deity of Palo Mayombe

Centella Ndoki's color is brown, although she works exclusively with 9 different colors to symbolize her connection with all other spirits. Among these 9 colors there cannot be the color black.

As for its colors, it is very similar to the colors of Oya, Orisha of the Yoruba religion. That is why, due to all the similarities between them, it is affirmed that Centella is the same deity but worshiped in a different way.

Centella Ndoki is offered various types of spirits and beers, although she prefers sangria and red wine. Her favorite food is eggplant, it can be made into different dishes. guinea fowl or guinea fowl are mostly slaughtered. Its favorite mineral is bronze. In his works a great diversity of herbs and sticks are used, among which we have, dead scare, star apple, purple basil, bitter broom, sage, mugwort, among others.

Characteristics of the children of Centella ndoki

One of the most outstanding characteristics of the children of Centella Ndoki is that they can be considered Medium since they have a series of spiritual traits, this is because they have the ability to develop certain qualities and skills that allow them to communicate with spirits through such that they can allow them to take over your body to establish communication in the earthly world.

Centella's children are extremely strong in character, many times this explosive character makes them considered bad people, but it is quite the opposite since in the spiritual area they must perform good works and these will guarantee over time to ascend to a higher plane. higher than they are currently.

mother of all spiritual cauldrons,

Mother of all elements of the graveyard,

You who are the queen of winds, sparks and tornadoes,

Bring us good winds, and protect us from bad ones,

Avoid the presence of the winds of witchcraft,

Prevent winds with evil eye and spells from reaching me,

Destroy all my enemies

Always give me strength to face life,

Make you my dear Centella Ndoki be my mother,

So that you can inspire me with this,

And protect me in the name of God.

Learn more about the Palo Mayombe: 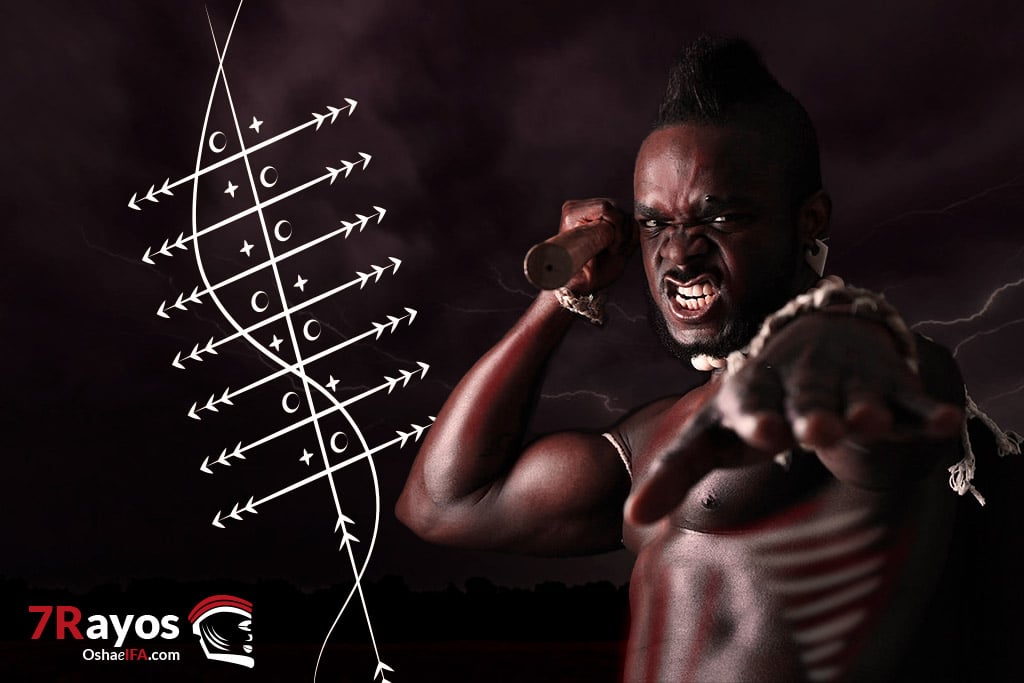 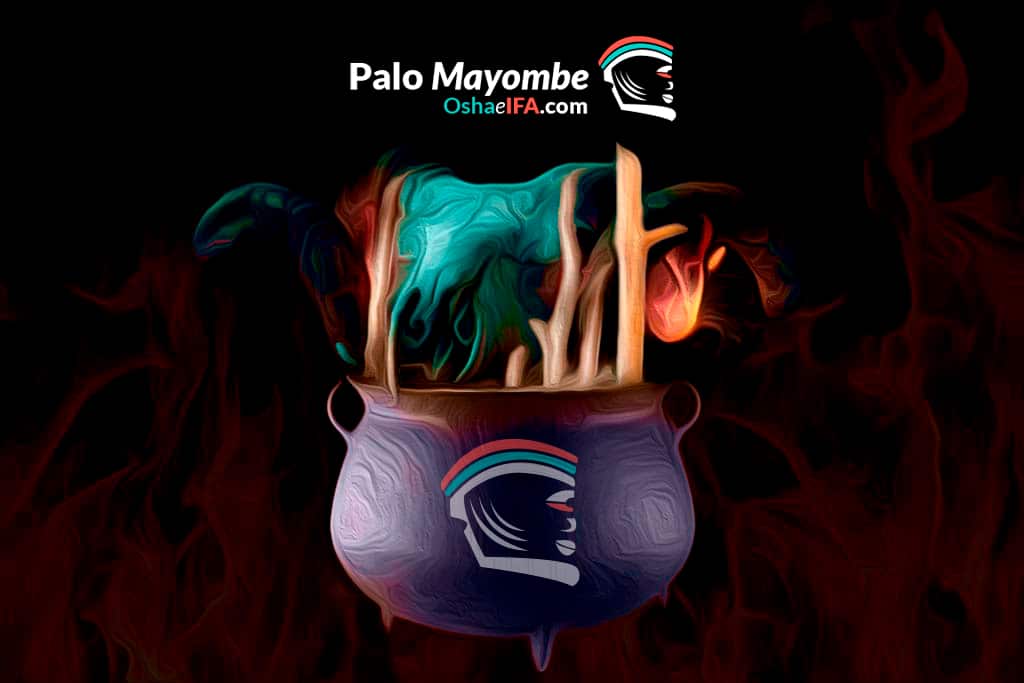