Iroso Obara or Iroso Gan, is an Odu who speaks that sacrifice must be offered so that he can overcome his detractors. Even if you are in a good monetary position, you should not reject small gifts that they give you, because they would make poor people who give them uncomfortable, since they will think that you are conceited, those small gifts will increase your progress.

Other names for Iroso Obara:

In the odu Iroso Gan is born:

Description of the Iroso Obara odu:

It may interest you: Treaty of the Odu Iroso Meyi

The Awó will keep updated so that it does not lose its government.

When this Odu appears in Divination, the person will be told that he is surrounded by Witches. He should look for an Ifa Priest to prepare a similar protective device (Ayajo) for him and he will get rid of them.

Prayer of the Odu Iroso Bara:

Eyele, an Obe, ori, efun, a water flower leaf, Ou, eyá awado, sits the person and behind them is painted Oyekun meyi, Iroso Gan, eku, ejá, awado is cast, immediately after giving eyebale de eyele is given a drop to the leri and the rest to those odus, all this at the back of the person, the rest of the ko-Obori is made with the other ingredients and in the usual way. The eyele wonders the destination and the prayer goes 5 days to the foot of Oshún and then it is taken to the river.

The leri of eku in this ifa, goes in the Osanyin casserole, that symbolizes a spirit of Osanyin. This casserole is buried in the bush for 16 days.

On this road, in the land of Efon Alaye there was a king named Oba Araisha, when his mother gave birth they were twins but the palace subjects hid one, killed him and buried him in the forest. When Oba Araisha was a teenager he became ill and the mother took him to the foot of Orúnmila, where this sign saw her and asked the mother where was the twin brother who had not made funerals for him, but his subjects said that they did a sacrifice for him if his mother did this, his body would grow strong, when Oba Araisha was old enough, to earn a living for himself, he found himself unable to complete anything that started, when he saw this he went to meet Ifa and Orúnmila told him: You must take care of someone who has died and they have not had funerals. As he did not know anything about this when he got home he asked his mother and she told him what she knew.

He went to the forest and sacrificed his twin Osaidie where he was buried, and when he had made the sacrifice, he began to accumulate properties, after a while he wanted to have obini but it turned out that all those he fell in love with rejected him and before this he went to meet again with Ifa, and he told him that he had to sacrifice his brother and he did so and began to have a wife and children.

Shortly after the people of Efon Alaye tried to choose a new Oba and although he opted for the title, he was not the favorite, and he went to watch with Ifá, and Orúnmila told him to sacrifice his brother again, this is what Oba of his land did and was crowned, when he was crowned he fell in love with a very beautiful woman and loved him and began to neglect his brother's spirit, he saw him in dreams and did not pay attention to him since that woman had stolen his heart.

When the deceased twin saw that his brother had forgotten, he turned into a giant rat and opened a hole in his grave until he reached where the food was kept and ate it all.

When the woman woke up, when she saw that, she began to scream and Oba Araisha told her not to shout that he would give her the money to recover what she had lost. She kept screaming and Oba Araisha ordered them to dig a hole and kill the rat, they dug until they reached the twin brother.

The Oba ordered that he dig further beyond the forest and the animals fled, where the sun did not shine, now it did it all day and where rain had never fallen incessantly, and Oba Araisha made him sick.

When he looked like this he took a few rats, fish and a young girl whose breasts were not hinted at and a boy whose testicles had not developed and he sacrificed them in honor of his twin brother, but he did not want this, but to the king who was his brother, and Oba Araisha died.

The divination he made before coming down to Earth.

OBARA BALE RA OGUN, ALE OUN EBA IRA, were the two Awoses who guessed for Iroso Obara when he came from Heaven. He was told to wash his head on Earth with two eggs and two slugs and to serve Eshu with a goat, and his Guardian Angel with a guinea fowl. He made all the sacrifices to avoid the risk of paranoia on Earth.

However, it became very extravagant when it arrived on Earth. One night his Guardian Angel advised him to repeat the sacrifices he made in Heaven. He made them without delay. He washed his head on the spot with two eggs and two slugs mixed with ewe irorowo and other soft Ifa leaves. After that, his head cleared and he began to behave more humanly. And later he became a famous and prosperous Ifá Priest in the city of Ega.

When the Oloja de Ega heard about his fame, he sent for him. His ability won him to occupy the position of head of the Diviners of Olojade Ega. The Oloja had a disease that many of his Babalawos and traditional doctors could not cure. When Irosun Obara arrived at the palace, he told the Oloja after divination that he had a dress with him which he had inherited from his father. He told the Oloja that the dress had been spoiled by the Elders of the Night and that if he gave it to Eshu with a goat, he would be healed. The Oloja quickly made the sacrifice and was cured. It was in this way that Irosun Ega became the Royal Chief of the Oloja de Ega Diviners.

The most searched on Oshaeifa.com 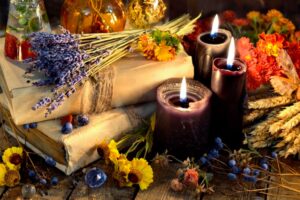 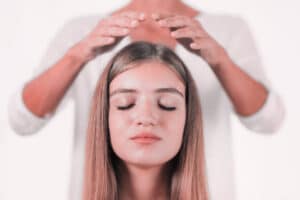